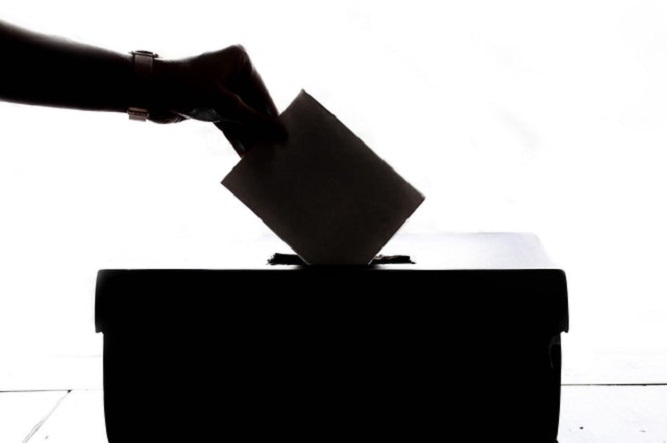 How to protect elections amid the coronavirus pandemic

At least seven states have postponed their presidential primaries in the face of the coronavirus pandemic.

That has raised concerns about the other states that have state elections and federal primary elections planned for later this summer – and of course the general election in November.

The main concern, in terms of the pandemic, is that elections cause people to congregate at the polling places on Election Day. If it’s not safe to be within six feet of someone outside your immediate family, it’s seems ill-advised to line up with all your neighbors to check in, or to visit a small voting booth someone else was just in, or to pick up the same pen or touch the same touchscreen they used just moments ago.

The solution so far has been to postpone elections until some future time when it’s safe to gather again. But it’s not clear how long that will be.

To hold elections without delays, the obvious solution is to let people vote elsewhere, at other times.

As an election law scholar and author, I have good news: Many people already can – and more people could easily be allowed to – vote before Election Day, or even vote from home, by casting their ballots on paper and mailing them in or dropping them off at a municipal office.

This is already possible in many states, where research has shown it’s good for democracy by making voting more accessible, even when there is not a pandemic. A bill already in the works in Congress would require states to adopt these measures as part of their administration of federal elections. States and municipalities could easily mirror the practices for their own elections.

Voting before the big day

One way to spread out the Election Day crowds would be to let people vote early, in advance of the day itself. As of this writing, 39 states across the political spectrum let voters show up at municipal offices or other community centers to cast their ballots in the week or two before Election Day.

The remaining 11 states could do the same, again making voting more convenient and accessible.

For physical safety, it’s probably best that voters use paper ballots, not electronic ones. Computerized touchscreens are exactly the kind of hands-on surface that health experts have warned can spread the coronavirus easily. Voting on one of them is like shaking 300 – or more – strangers’ hands in a single day.

Advocates of touchscreens argue that the screens can be wiped down periodically, but doing so after every voter (or every other voter) would be time- and labor-intensive, risking long lines. Worse, at least some brands of touchscreen machines have to be turned off to be cleaned, exacerbating the potential for delays.

There might be some people whose physical disabilities prevent them from using a paper ballot – but having everyone else do so would free up the machines for those who most need them, and ease the burden of cleaning them between users.

No formal studies have compared whether paper ballots carry or spread fewer germs than touchscreens – it’s a relatively new research question. But it’s useful to note that the government has not shut down the paper-handling postal system, even as officials have warned the public to be careful around ATMs and computer cash registers.

Even if there were not a pandemic, having a paper ballot is a key way to protect public trust in elections, allowing recounts in case machines are hacked or suffer software or hardware problems that could affect vote counting.

If nearly everyone is voting on paper, they could easily cast their ballots by mail. Ohio has already converted its Democratic primary to all mail-in ballots.

All states let people vote by absentee ballot if they won’t be in their voting district on Election Day, for instance if they are traveling. About two-thirds of the states let anyone who wants to do the same, whether they’ll be home on Election Day or not. They simply call up their local election office and ask for a paper ballot to be mailed to them. When they get it, they fill it out and mail it back or drop it off at a municipal office before Election Day.

The remaining states require voters to certify that they’re sick, elderly, out of town, or otherwise unable to vote on Election Day before being allowed to vote absentee. Those states could loosen their rules, opening absentee voting to anyone who wants to do it.

Even more effective at social distancing for voters would be a complete system for everyone to vote by mail. Five states – again, with varying alignments – automatically mail all registered voters a ballot. Like with absentee ballots, voters can mail them back or drop them off at secure locations.

These methods are obviously excellent for keeping people from flocking to the polls in person on the same day. They also are more convenient for voters, who would no longer have to get to a particular polling place on one particular day, and take their chances on traffic and lines to vote – not to mention shifting work and child-care schedules to make time.

As a general rule, making voting more convenient, including voting by mail, boosts turnout, which makes election results more broadly representative of the views of the entire citizenry.

Some critics have raised concerns about voter fraud with mail-in ballots. In the few instances that the rare problem with voter fraud occurs, it does often involve using absentee voting to let one person vote on behalf of another.

But security procedures, like matching the ballot signature with a voter signature on file, can address these concerns. Vote-by-mail states have not seen a higher rate of election fraud cases than states with strict rules on who can vote absentee, according to a database of fraud cases compiled by the Heritage Foundation, an organization concerned about voting fraud.

A bill promoting all these changes for federal elections is under consideration in the Senate right now. State and local election officials prefer to have – and voters find it easier to understand – similar practices across all the elections they conduct. A set of federal rules would encourage the states that haven’t done so already to adopt them too.