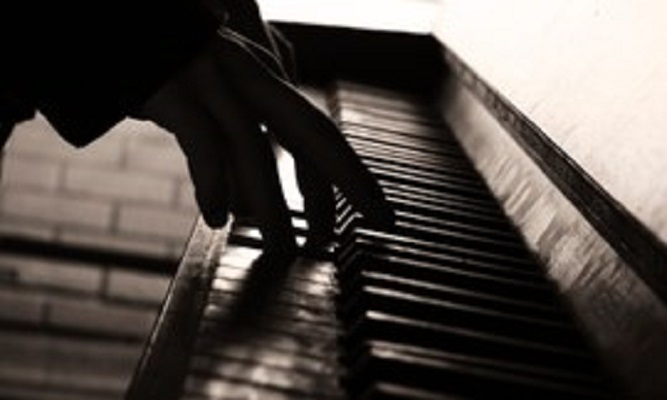 Over a slice of caramel cake on a Tuesday evening last month, Mark Clements shared his story with me. At the young age of 16, Clements was tortured into confessing to crimes he did not commit. He subsequently spent nearly 30 years in prison.

“You know,” he began, settling back into his chair, “when I went to prison, sister, I couldn’t read that word right there.” He pointed to a bulletin board behind me. The word displayed was “love.”

“As a kid, you go into the prison system naive,” Clements continued. “The [court] gave me natural life. So, you’re thinking that it’s not as serious as it is, but you begin to mature and see it’s life you’re doing. Then [you start to think], ‘Man, these suckers locked me up, all this time!’”

He went on to describe feeling “hemmed up” and “stuck” in a horrible space, until “someone saves you.”

Clements was one of over 120 mostly Black boys and men who were victims of torture between the 1970s and 1990s at the hands of the Chicago Police Department, led by then-commander Jon Burge. Today, the 54-year-old works for the Chicago Torture Justice Center and travels around the country advocating for other wrongfully imprisoned Black men.

I was introduced to Clements earlier that day when I arrived at the center tucked into Chicago’s Englewood neighborhood. It was established as part of a historic reparations ordinance passed by the Chicago City Council in 2015 for the torture survivors and to address the traumas of ongoing police violence in the city.

The building looked like any other community center. Inside there were notices of new and upcoming programs and public information posted on bulletin boards. The industrial, neutral color palette of the furnishings and walls should have made it more depressing, sedate. But upon my arrival there were children laughing and playing in between chairs and weaving between adults in jovial conversations. The aroma of home cooking like that from a grandma’s kitchen only made the space more warm and welcoming.

I didn’t expect to see visible suffering, tears, or wailing on full display. But happy little ones, being guided by their mother into a conference room, were surely unlikely. When I think about the words “torture” and even “justice,” children at play is not an image that comes to mind.

Inside the room, participants of the Freedom Songbook workshop moved about in a light, congenial manner, like members at a Wednesday night choir practice in a church basement.

They’d gathered for two hours in this space every Tuesday 6–8 p.m. for the past eight weeks.

The Old Town School of Folk Music, a not-for-profit organization in the city, designed the temporary workshop for the Chicago Torture Justice Center to be a communal healing activity, one of many sponsored by the center to help the survivors of police torture and violence. The participants included some of Burge’s victims and the family members of the victims of police violence.

Someone announced that “Michelle brought dinner again” for break time, and conversation shifted to her legendary greens but left out her mouthwatering cake I shared with Clements later. Hasty introductions brought me face to face with some individuals whose names and stories I’d read and heard once upon a time in our daily news.

“Michelle’s husband is a torture victim, Stanley Howard,” my gracious host Aislinn Pulley, a codirector at the center, told me. “He’s still in there.” Pulley explained that Howard, who was sentenced to death in 1987 at the age of 23 for a crime he did not commit, is still fighting for release.

I started to see the individual pain that the collective group was carrying beneath the smiles.

She continued the introductions.

“This is Dorothy Holmes, her son Ronald Johnson was killed days before Laquan McDonald.” I learned later that Holmes is also the mother of the children I saw playing. Her teenage son was unarmed when he was shot and killed by Chicago police. The grieving mother has struggled to get the same media attention for her son’s case as McDonald’s, whose story went viral.

“This is Arewa Karen Winters, her nephew Pierre Loury was killed by police …”

“That’s Mark [Clements], he’s a John Burge torture victim … Marvin Reeves over there is, too …”

After a short while of being in their presence, I started to see the individual pain that the collective group was carrying beneath the smiles and lighthearted conversations.

Suddenly blow in the teaching artists of the workshop, Cynthium Johnson-Woodfolk and her son Martez “Mister” Rucker, swinging the voices of conversation into the first warmup. The pair are Chicago-based artists and adjunct professors at Columbia College Chicago. Johnson-Woodfolk is a writer and storyteller, and Rucker a pianist and vocalist.

Rucker led the group through a set of unique warmups that included exercises on annunciation and rhythm.

“Unique New York. New York’s unique. You know, you need unique New York.” He sang a couple rounds and bounced out the rhythm before bringing in the group.

Johnson-Woodfolk explained that the warmup is actually a “diction exercise.”

It’s designed to “get you ready for the singing so that your tones and vocal activities are moving, and is going to also keep your rhythm,” she told them. She smiled, assuring them that even if they didn’t understand what a diction exercise is, she was there to assist if anyone messed up.

This was a lot more than “choir practice.” This was healing—reparations in action.

She and Rucker then separated the class into sections that they all knew well by this eighth and final week of the workshop: alto, soprano, tenor, and bass.

Pulley and codirector Cindy Eigler joined in the soprano and tenor sections, respectively. Clements led the bass section while Holmes, affectionately called Mom Dorothy, led the altos. Another survivor, nicknamed Wisdom, helped Reeves and a few others in the tenor section.

In minutes, the room was filled with the most harmonious sound.

This was a lot more than “choir practice.” This was healing—reparations in action.

Arif Smith, the architect of the workshop and program director at The Old Town School Folk Music program, says the workshop gives the survivors the framework for healing by way of protest songs. “The idea for the Freedom Songbook program  was really to take the established and emerging canon of protest, freedom, resistance songs in order to support the journey of survivors and families,” Smith explains.

Earlier, Pulley told me that the workshop was created to provide a creative safe space for the people in the community who were suffering due to the torture and violence. The workshop is one of many programs designed to bring communal healing events to the survivors, to prevent isolation and other PTSD-related issues permeating Black communities, she said.

“It’s more than exceeded our expectations.”

Over Howard’s caramel cake at the end of the night, Clements talked about the possibilities of the center’s work.

Black people were told to “take their pain to the church, or the Boys and Girls Club.”

But that’s not enough, he said. “You may have 10 people that come out and become success stories, but we [sic] talking about whole piles of people caught up in [and tortured by] a system that really don’t give a damn.”

He asked and answered: “Where do you begin to heal a whole nation of wounded people? You got to do it a different way.”

The traditional ways don’t work, Clement said. We need to do something new. He believes programs like The Freedom Songbook workshop that focus on that specific trauma is a step in the right direction.