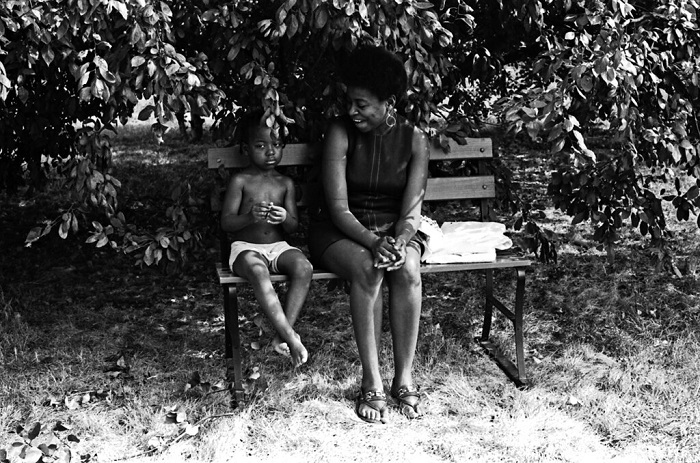 A new program is launching in Atlanta’s Old Fourth Ward — the birthplace of Martin Luther King Jr. — that could help build the case for the idea he popularized half a century ago: guaranteed cash payments as a vehicle out of poverty.

The program, which will launch early this year in King’s neighborhood, will send monthly payments of $850 to 650 Black women over two years, making it one of the largest guaranteed income programs to date.

Guaranteed income — the concept of sending people cash payments with no strings attached — was featured in King’s 1967 book, “Where Do We Go From Here: Chaos or Community?” in which he argued that sometimes the simplest idea could be the most effective in ending poverty.

But the concept of guaranteed monthly payments remained a fringe issue for decades until, in recent years, it started to gain popularity as cities across the country ran pilot programs testing the concept. Several of the programs have served women of color and mothers, some of the groups that face the starkest wealth gaps in the nation.

King viewed direct payments as a way of restoring dignity, giving people what they truly needed, without all the paperwork and limitations and hurdles of the current welfare system. That’s also how Hope Wollensack, the executive director of the Georgia Resilience and Opportunity Fund, which is running the guaranteed income program, views the work they are kicking off in Atlanta.

The program, In Her Hands, was designed by a group of community members, elected officials and other leaders that made up the Old Fourth Ward Economic Security Task Force. The group began designing the program in 2020, crafting it around suggestions from the people who would be the most likely recipients of it.

They described the scenarios that upfront cash payments could help solve that current safety nets don’t cover, like paying down predatory debt, buying a car or putting down a deposit of first and last month’s rent for an apartment. That led the team to split the program into two groups: One half will receive $850 payments each month, and the other half will get $4,300 up front followed by monthly $700 payments to test which method better helps people establish their economic footing. Both groups will receive the funds for two years and ultimately the same total amount of money: $20,400. Community members also helped set the award amount and duration of the program based on how long they felt it would take to establish stable financial footing. In the two years, it will expand out to a rural site and a suburban site.

In 1967, he wrote that “the dignity of the individual will flourish when the decisions concerning his life are in his own hands.”

“Oftentimes our communities are viewed as lacking knowledge, lacking resources, lacking assets. We want to flip that narrative. Communities closest to the problem are rich with resources and insight on how to solve our deepest social issues, our deepest economic issues,” Wollensack said. “We want to put agency over one’s future in [women’s] hands.”

The group partnered with Give Directly, an international organization that has been running a $30 million universal basic income experiment reaching 20,000 people in Kenya over 12 years, to develop the cash distribution model. So far, In Her Hands has raised about $12.5 million of its $16.5 million goal.

In Her Hands is unique in that it will cover recipients in rural Georgia, helping to build better data on guaranteed income outside of cities, an existing hole in the designs of the programs that are currently running.

All participants will have to apply and be under a certain income threshold that will vary depending on their location — either the Old Fourth Ward, rural areas outside of Atlanta or the suburban site. They will also be invited to participate in the research collection and analysis that emerges from the project.

“It’s really important for us to be accountable to the women in the program and set expectations with them up front,” said Sarah Moran, the U.S. country director for GiveDirectly. “When women can’t plan ahead because there is uncertainty or there is a risk of something going away, it does impact their ability to support themselves and their families.”

That work that In Her Hands will do in the coming two years will build on that established by other programs like Magnolia Mother’s Trust, the first privately-run guaranteed income program in the country. Launched in Jackson, Mississippi, in 2018, it gave 20 Black mothers $1,000 a month for a year, growing to cover 110 in its 2020-2021 year and another 100 in the most recent cohort, which will wrap up this March. All were living 200 percent below the federal poverty line and in subsidized housing. Most are working.

Magnolia has already started publishing data on the impact of the payments. About 83 percent of the mothers who participated in the program last year reported that they were able to pay all their bills on time, a significant jump from 27 percent at the start of the program. About 88 percent said their ability to save money for emergencies had increased, up from 40, and the percentage of mothers who were able to buy new clothes and shoes for their children increased from 63 percent to 84 percent.

Aisha Nyandoro, the executive director of Magnolia Mother’s Trust, said the results also pointed to something that couldn’t be measured quantitatively: “How individuals are able to show up with joy.”

“To be able to feel liberated and free and still have joy and plans for the future, in the backdrop of the collective trauma that all of us are continuing to cycle through,” Nyandoro said. “I feel like that’s a testimony to the power of cash without restrictions.”

Other programs have followed in the model Magnolia Mother’s Trust created, including the Compton Pledge in California, which began in 2020 offering $300 to $600 monthly payments to 800 residents for two years. It’s designed to serve largely people of color, and specifically those who don’t have bank accounts, are formerly incarcerated or undocumented. Many of the recipients are women.

Compton is one of the 63 cities, from Montpelier, Vermont, to San Antonio and Sacramento, that have pledged to launch pilot programs testing guaranteed income to gather data on how it could function at the national level. By the end of 2021, 15 cities had already begun disbursing funds through their pilots.

Several have chosen to center Black women, who are often at the intersection of several disparities but who also tend to be leaders in their families and their communities.

“What we are doing when we are really saying, ‘OK, we are going to have a guaranteed income for this specific population,’ is naming the fact that racism, sexism, classism, has been perpetuated that hasn’t allowed this population to receive wealth or receive income stability in the same way that mainstream society has been able to benefit from,” Nyandoro said.

The programs are happening at a time of increased momentum for direct payments. The expanded child tax credit, which sent money to most households with children monthly last year, and the stimulus payments of the pandemic were guaranteed income programs in everything but name. They provided cash with little to no strings attached and were largely popular, with about 80 percent of voters — Democrat, Republican and independent — supporting the $1,400 stimulus checks and 54 percent supporting the child tax credit, according to polling from Morning Consult.

But the stimulus payments were temporary, and the child tax credit’s expansion will likely be as well, as negotiations in Congress appear to be at a standstill.

That’s where the disconnect is, advocates say. People may be supportive of the concept, but getting it passed at a federal level is still a significant hurdle.

Wollensack said the group is thinking broadly about other areas where their program can drive policy change because, “we can see momentum in cities, we can see programs across the country and yet, it is not inevitable that will lead to a federal policy,” she said.