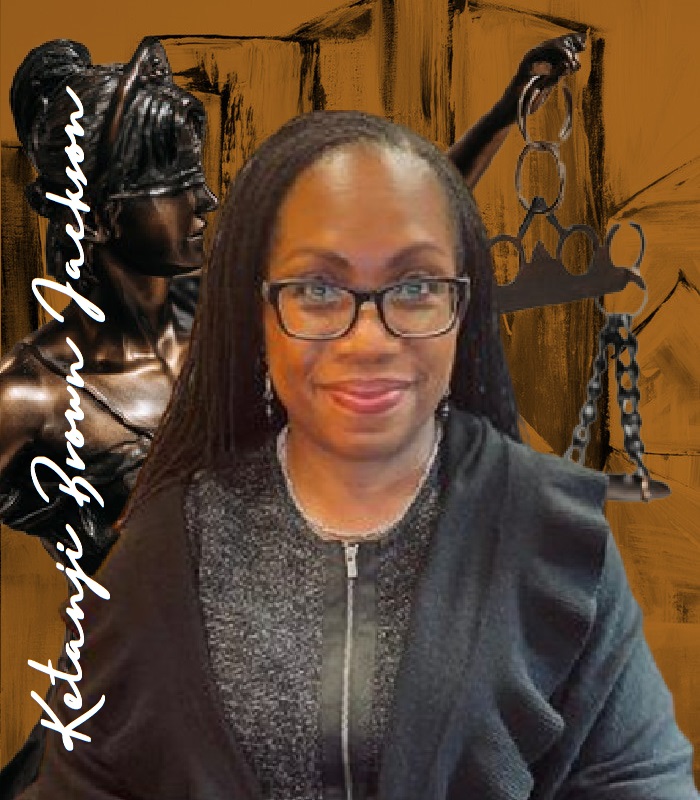 Joe Biden And The Politics Of Black Womanhood

On Feb. 25, the last Friday in Black History Month, President Biden made good on his public promise when he did what none of his 45 predecessors had done by nominating Judge Ketanji Brown Jackson, a Black woman, to fill the soon-to-be-vacant seat on the Supreme Court. Nominating Jackson was hardly a surprise, inasmuch as she is already a Biden appointee in her current position on the U.S. Court of Appeals for the District of Columbia Circuit, and she had been considered a front-runner since discussions began around who Biden might select.

However, for as historic a moment as Biden’s pick is, it is not without its own complexities. There is an elephant in the room around America’s tenuous relationship with Black women’s physical and intellectual labor, and this current milestone is a new chapter that brings this further into view.

Even before President Biden had announced his pick, any real examination of his stated intention in nominees laid bare the complex landmine of what it is to be Black and navigate America’s political institutions. At the same time we applaud the overdue nod to the highest court in the land, there is an undeniable reality that part of what is well-deserved is also tainted by a pattern of both political expediency and the politics of identity. The most obvious example of this was Biden’s selection in 2019 of Vice President Kamala Harris as his running mate.

We must remain steadfast in not allowing this pending milestone to be tokenized in any fashion.

While the infusion of Black women in government at record numbers was a trend that began under the administration of President Barack Obama, Biden’s reliance on the optics of Black women in high-profile political posts has been even more an essential element of his political formula. Decades of promises and symbolism from the Democratic establishment have forced Black women into a peculiar position as one of the party’s most effective weapons and powerful voting blocs. The danger in how Democrats engage with this fact lies in how Black voters must remain in control of that narrative. This requires both context and perspective.

That we have reached 2022 and Ketanji Brown Jackson is the first Black woman among a plethora of qualified and overly capable legal minds to be nominated to the high court is unacceptable. At the same time as we acknowledge this, we must remain steadfast in not allowing this pending milestone to be tokenized in any fashion—whether that is by the Right in seeking to shift the conversation to focusing strictly on identity without consideration of valid qualifications, or the Left in hoping to use this for future points in political gamesmanship. It can never be overstated that even in providing this first, the current administration cannot be excessively lauded for doing something exceptional by giving Black women their just due. Black women and Black voters are not pawns. Without careful consideration and proper framing, we can easily lose control of it and have our collective moment turn bittersweet.

I am aware this is a delicate space to speak from as a Black man. I stand in solidarity with Black women and maintain that we can have a dialogue that invites nuance to both be excited at the rightful achievement and elevation of Black women and also appropriately critical of Black leadership.

Lost in this overall conversation is Black women’s intellectual labor, which has been weaponized for political warfare.

Moving from symbolism to substance demands that we respect Black people enough to interrogate whether their ideology is in the best interest of our community. It is to carefully vet a nominee not despite her being a Black woman, but in light of her being positioned to wield an enormous amount of influence via one of the most coveted seats in our land. We need look no further than Clarence Thomas for a cautionary tale of what can happen when we allow ourselves to be silenced by the politics of identity in considering skinfolk for positions with such important implications.

A substantive review of Jackson’s record as a judge reveals little that should cause alarm. She has shown support for organized labor and undocumented citizens while also seeming to favor limitations on the executive branch, opining in one case relating to the Trump administration, “Presidents are not kings.”

While there have been some reversals that will be the subject of fodder during confirmation hearings, Jackson has enjoyed early bipartisan support for her qualifications and has not shown many signs of mixing her personal politics with her profession. She stands as not only a safe but also a solid pick. A deeper probe of her background must be tempered with an allowance for the cultural, personal, and professional realities of what it is to be a Black woman. This is a nuanced space that requires a gauge different from any other we have used to evaluate previous picks.

Identity is a curious thing. It has a unique impact on how each of us experiences the world and interprets those experiences. A Black woman doesn’t shed her experiences connected to race, sex, and gender simply because she sits on a bench and wears a robe. Ask any Black attorney you may know whether a court officer has ever questioned them about sitting in the galley (typically reserved for lawyers) or, conversely, whether any cop has bothered to ask for their profession during a traffic stop. What you will learn is that the concepts of identity and profession are tethered within the lives of Black folk in ways that cannot be separated. It is with that lens that we must consider Jackson’s past record.

That is not to suggest we remain silent at what we find objectionable; rather, it is to challenge ourselves to wrestle with the underlying sources that create the objections within us. As it relates to Jackson, this is most likely to surface when she will inevitably be grilled about her involvement in leading protests during her time at Harvard. Jackson reportedly helped organize a group of students to protest against another student who displayed a Confederate flag from his dorm window.

This is an example of where an evaluation beckons a much deeper probe of how differently each of us experiences America. Where some might allow this to invite critique of Jackson’s ideas on freedom of expression, a much more sensible analysis would conclude that she was responding to a symbol of racialized trauma. It is important to consider that while America’s recent racial reckoning may have made openly defending the Confederate flag (or those who fly it) reprehensible, a senator’s final expression of their approval is not through voice in inquisition, but rather vote on confirmation.

It is my hope that touching the broader premises here beckons a deeper probing. If nothing else, we should think more critically about Black women’s humanity. Lost in this overall conversation is Black women’s intellectual labor, which has been weaponized for political warfare. This is hardly new but needs to be reimagined if not altogether renegotiated.

Ever since Biden voiced his intentions, the public discourse has been heavily laden with far too much emphasis on class and category rather than character. It is the game itself that warrants deeper review, so that when we engage the labor of Black women not only at this, the highest level, but throughout all rungs of society, we are not simply doing so for our gain or expedience, but because we take seriously the tasks we ask them to perform. This should allow Black women to be controlling subjects of their own narratives as opposed to being intellectually objectified as pieces to be maneuvered on someone else’s chessboard.