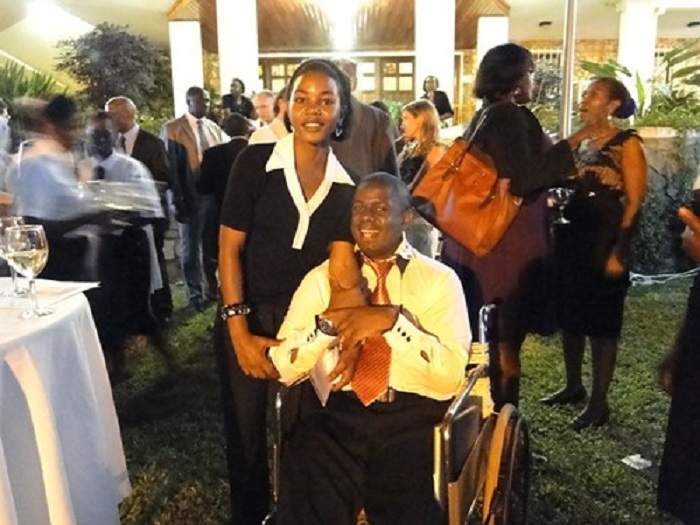 Jennifer Erkulwater is a professor of political science at the University of Richmond. Her scholarship focuses on the politics of poverty, Social Security and disability rights. Below are highlights from an interview with The Conversation. Answers have been edited for brevity and clarity.

What is your research focused on?

Erkulwater: My current work involves trying to understand why people of color seem to be missing in debates about disability rights.

People of color, especially African Americans, are more likely to report medical impairments than whites, and yet popular media tends to showcase largely white people with disabilities. It’s an absence that’s been critiqued on social media with the hashtag #DisabilityTooWhite.

I think about this from a political angle. The history of the U.S. disability rights movement is almost exclusively a history of white people. Political debates about disability rarely focus on the distinctive ways that people of color experience disability. I’ve tried to understand that silence. My work has looked largely at the role that public policy, namely the Social Security Act, has played in defining disability as white, as well as the strategies of disability organizations to create a coherent social movement of people with disabilities.

What would people find surprising about your work?

I think that it was surprising, going back through the history and the politics of it, that absence is continual. And even in the 1960s and 1970s with some of the grassroots groups that came about to advocate for the civil rights of people with disabilities, they would say we should really get more people of color.

But not only would it not happen, there was also a sense that advocating for people of color within the disability rights movement competed with trying to build a coherent disability identity.

Not only did activists in the 1970s fear that assertions of racial identity would divide people with disabilities from one another, but throughout the 1980s activists posed disability rights as the antithesis of welfare, at a time when the term “welfare” became deeply racialized. One of the arguments activists and members of Congress made for the Americans with Disabilities Act in the late 1980s was that if the government banned discrimination against the disabled, then people with disabilities could get a job rather than having to depend on welfare to make ends meet.

*What motivates you to keep doing the research that you’re doing today?

Erkulwater: I just find it really interesting that you have a puzzle. Nobody’s ever thought about it before. I want to know the answer to it.

So some of the things that I’ve researched reach all the way back to the 1930s, the 1940s – but the politics are still relevant today.

How do you be inclusive? How do you as an activist in a social movement try to encompass the diversity of people you claim to speak for? I think a lot about the ways in which policies and laws frame some groups, like people with disabilities, as people whose needs we should respond to, but others, like “the poor” or people on welfare, as undeserving of social assistance.

What’s the one thing you would want people to take away from your research?

White activists with disabilities sometimes argued that Blacks had to sit at the back of the bus, but the disabled couldn’t even get on the bus. That argument erases Black people with disabilities, whose exclusion is the result of both racism and ableism. When advocating for human rights, it’s important to recognize that our movements include people of marginalized identities, and there is value in centering those experiences and perspectives.

So many contemporary movements draw inspiration from the Black civil rights movement. That is rightly so, but these comparisons can end up excluding African Americans. Drawing parallels with the Black civil rights movement is useful if the purpose is to show points of affinity and build common cause, (but) less so if the purpose is to compare suffering. Comparing the oppression of white people with disabilities to that of African Americans under Jim Crow inherently excludes people of color with disabilities and engages in a competition over who is more deserving.

I don’t know that I find that to be a really productive way of building coalitions and trying to encompass the range of experiences and struggles that people go through. And so trying to listen to that, to be thoughtful, to constantly be mindful of that and to act on it in a way that’s ethical – I think that that’s a challenge. And I think that it’s important to recognize that. And it’s OK to make mistakes as long as you try to fix it.