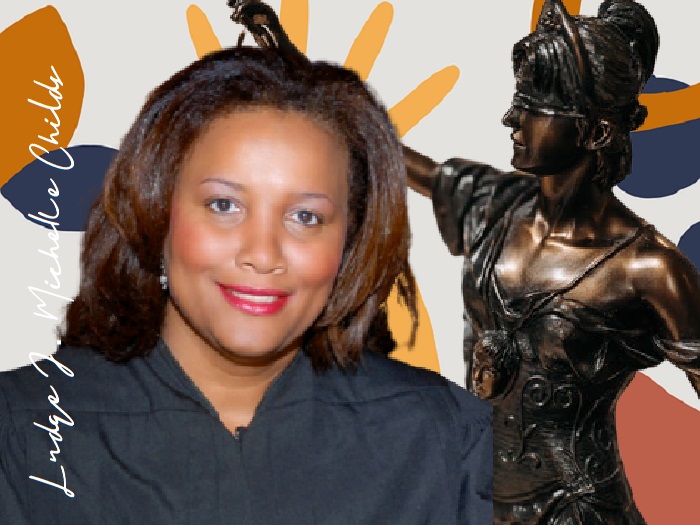 Among the women considered to be front-runners for the Supreme Court nomination, Judge J. Michelle Childs has some high-profile and vocal backers —as well as a background that sets her apart from the current justices.

Like all the other names being considered, Childs, a judge from South Carolina, would be the first Black woman nominated to the court. Unlike many of those considered for and ultimately nominated for the Supreme Court, though, she graduated from public universities, potentially bucking the narrow Ivy League pedigree that has become conventional for Supreme Court justices.

Childs, 55, has served as a judge for the U.S. District Court for the District of South Carolina since 2010. In December, Biden nominated Childs to fill a vacancy on the appellate court in the D.C. Circuit, often viewed as the second-highest court after the Supreme Court, but the confirmation process has been put on hold as Biden considers potential high court nominees.  In her corner are two prominent South Carolina politicians: House Majority Whip Jim Clyburn, whose support helped Biden notch his first primary victory, and Republican Sen. Lindsey Graham.

Childs was born in Detroit, moved to South Carolina as a young teen and was raised mostly by her mother. Her father, a police officer, died from a gunshot wound when she was 14 years old. Childs went to public universities for both her undergraduate and professional degrees, receiving her bachelor’s from the University of South Florida and her law degree from the University of South Carolina.

Among the current nine justices, just one, Justice Amy Coney Barrett, graduated from a law school outside of the Ivy League. (She went to the University of Notre Dame.) Four graduated from Harvard Law School and four from Yale Law School.

Childs’ lived experiences may be appealing to Biden, who has championed wider diversity on the court since taking office, said Taneisha N. Means, an assistant professor of political science at Vassar College who researches judiciary representation.

“There’s a signal that [Biden] could send that you don’t have to fit the mold of the others that have gone before you,” Means said. “You can have this sort of social background and educational background, and you can still reach the bench. It does not make you any less qualified or fit for service in that arena.”

Prior to her federal court appointment, Childs spent nine years working at one of South Carolina’s largest law firms, Nexsen Pruet, where she became known as an expert in employment and labor law and was the first Black woman to make partner. Her experience included representing employers against workers in cases involving allegations of racial discrimination, civil rights violations and unionization efforts.

After Childs left private practice in 2000, she became the deputy director of the South Carolina Department of Labor for two years before being appointed by then-Democratic Gov. Jim Hodges to be a commissioner on the South Carolina Workers’ Compensation Commission. In 2006, Child left that position when she was elected by South Carolina’s legislature to serve as a state circuit court judge. She made headlines in 2009 for sentencing five Black men to 25 years or more in prison for orchestrating one of the largest armored car heists in the country’s history. That, among other criminal rulings, could be a sore point for criminal justice reform advocates.

Among the notable decisions in Childs’ current role as a federal district judge is a 2014 ruling in favor of a lesbian couple challenging South Carolina’s refusal to recognize their marriage that was performed in Washington, D.C.

“Because marriage is a fundamental right, South Carolina’s marriage laws are subject to strict scrutiny and survive only if they are narrowly tailored to a compelling government interest,” Childs wrote in the court’s opinion on the case. “The court finds that South Carolina’s marriage laws are not narrowly tailored to serve a compelling state interest as they impermissibly infringe on Plaintiffs’ fundamental right to marry.”

Clyburn and Graham have been supporters of Childs going back to her 2010 district court confirmation. Clyburn told Axios he started advocating for Childs at the White House months before Breyer announced his retirement. In January, Graham, a Republican, described Childs as “one of the most decent people I’ve ever met.” And this month Graham said on ABC’s “This Week with George Stephanopoulos” that Childs is “somebody, I think, that could bring the Senate together and probably get more than 60 votes.”

Though Senate Democrats, assuming they stick together, have just enough votes on their own to confirm whomever Biden picks, Childs’ moderate reputation and potential to attract Republican votes could be a factor for the president, who has openly expressed a desire for bipartisan backing on other issues. Another front-runner for the Supreme Court seat, appellate Judge Ketanji Brown Jackson, was confirmed to her current position last summer with 53 votes in the Senate, but it’s unclear if the three Republicans who voted for her then — Graham, plus Sens. Susan Collins of Maine and Lisa Murkowski of Alaska – will do so again. Jackson is widely seen as a more progressive choice than Childs.

Childs’ record as a private litigator in the employment law space has prompted some progressive groups and leaders in the labor movement to criticize her as a potential Supreme Court nominee.

Members of the House of Representatives, who have no official role in the process of putting a new justice on the Supreme Court, have also weighed in on their preferences. Michigan Rep. Andy Levin and New York Rep. Mondaire Jones, both Democrats, circulated a letter discussing the overrepresentation of “pro-corporate justices” and calling for a “labor-minded” nominee. A letter signed by 14 Black women members of Congress stated that appointing “a Black justice with a strong record of affirming constitutional rights is crucial in confronting this country’s racial, civil rights, and democratic crises.”

Biden has said he will announce his choice for Breyer’s replacement before the end of February. On February 10, Biden told the NBC News anchor Lester Holt that he has “taken about four people and done a deep dive on them, meaning thorough background checks and to see if there’s anything in the background that would make them not qualified.”

Breyer will officially step down at the end of the court’s term in early summer, but Senate Democrats have said they are eager to get started on the confirmation process as soon as possible.