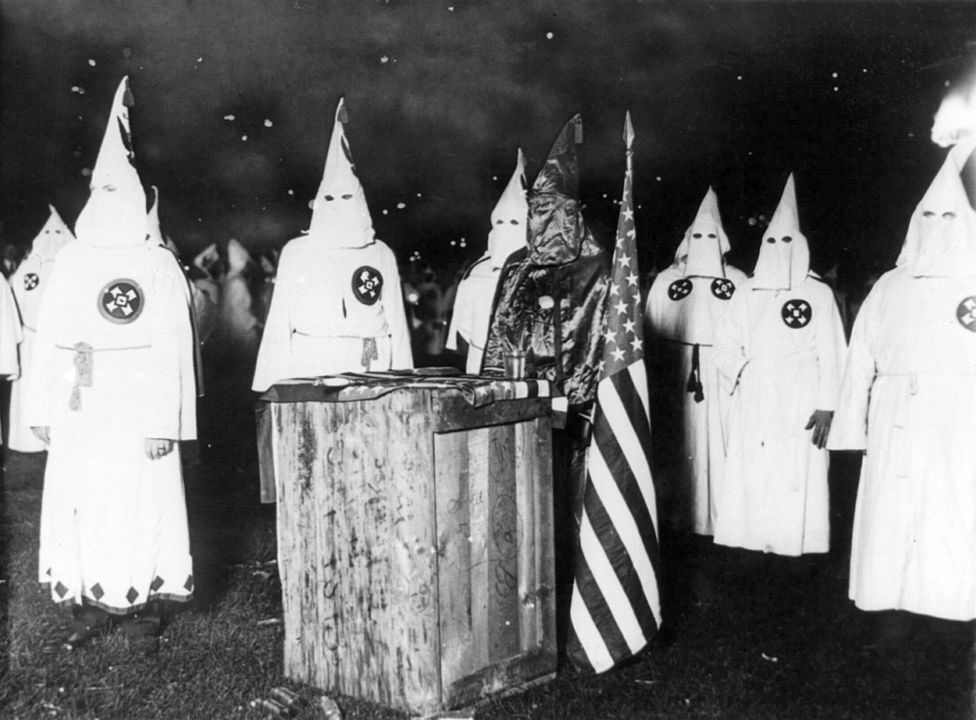 Protestantism’s troubling history with white supremacy in the US

In the long-overdue discussions taking place over the legacy of slavery and racism in the United States, few appear to be addressing the relationship between religion and racism.

This comes despite notions of white supremacy being entwined with the history of religion in the United States.

As a scholar specializing in issues of religion and identity, I argue for a deeper introspection around how white supremacy permeates all parts of American society, including its religious institutions.

In 1835, French philosopher Alexis de Tocqueville described the character of the U.S. as the result of “the spirit of religion and the spirit of liberty,” which he argued, “elsewhere have often been at war but in America have somehow been incorporated into one another and marvelously combined.”

However, there’s a perpetual tension between the narrative of the U.S. as a nation built on diversity and religious freedom and the experiences of many who live in the U.S. – especially racial, ethnic and religious minorities, who have faced discrimination and marginalization.

It is true that Americans have a mandate for the free exercise of religion and the freedom from religion enshrined in the First Amendment of the U.S. Constitution.

But those promises of religious freedom and tolerance have historically been more readily extended to varieties of Protestantism than other religions. As the former British ambassador to the U.S. Viscount Bryce noted in 1888, Christianity is given “a species of recognition” at a federal and state level that is inconsistent with the view that the country is “neutral in religious matters.”

As the dominant religion in the U.S., Protestant Christianity’s dominance has long been enmeshed with the racial dominance of whiteness – white supremacy.

From the Puritans to Thomas Jefferson and Benjamin Franklin, the early leaders of the United States were steeped in a racial ideology of a divinely ordained Anglo-Saxon heritage, a romanticized account of the ancestral and cultural roots of inhabitants of England. They believed they were building a new nation with a divine purpose, a “new Israel” with a twofold mission: racial and religious.

This ideology is symbolized in the seal Jefferson proposed for the new nation, which President John Adams described as depicting “the Children of Israel in the Wilderness, led by a Cloud by day, and a Pillar of Fire by night, and on the other Side Hengist and Horsa, the Saxon Chiefs, from whom We claim the Honour of being descended and whose Political Principles and Form of Government We have assumed.”

This narrative has also supported the notion that the ideal or “true” American citizen is essentially white and Protestant – a view that historians of Protestantism have noted was reflected in the pulpits of pre-Civil War America.

Notions linking “whiteness” to Protestantism were further entrenched in the second half of the 19th century, when immigrants from Ireland, Germany and Italy came to the U.S. bringing Catholicism with them.

These non-Protestant, non-Anglo immigrants were seen as “less white” than more established Anglo communities and were subject to significant discrimination.

Only after assimilation into Anglo cultural norms, especially speaking English, were they granted the social and economic privileges that came with “whiteness.” Yet many continued to experience anti-Catholic discrimination.

And the U.S. continued to see other immigrant groups – Latino, Jewish, Asian and Middle Eastern – racialized, discriminated against and set as perpetual “foreigners” in contrast to the norm of the white Christian American.

The supposed superiority of white Protestantism, supported by interpretations of biblical texts, was for centuries used to justify the institution of slavery.

Biblical texts were also used to justify segregation and Jim Crow. Even the Ku Klux Klan rooted their ideology of white supremacy in Protestant theology and the Bible.

In the reasoning of many white Protestants, white dominance was not the consequence of a political and economic arrangement, but the will of God – the way things are supposed to be. As Kelly Baker, author of “The Gospel According to the Klan,” states: “Even liberal Protestant churches supported white supremacy. That seemed the natural order of things. Just as people used biblical texts to support slavery.”

Such notions of race and religious superiority also combined in the forcing of Native American children into Christian boarding schools from the mid-19th century. The children were robbed of their families, cultures and religion under the rationale that they would benefit from the “civilizing influences” of Anglo Christian culture.

Today, rising rates of anti-Semitism and Islamophobia remind America that religious minorities continue to face a social and
political climate of bias and discrimination that marginalizes them as foreign or “other.”

The old narrative of Anglo-Saxon America continues to feed notions that a “real” American citizen is essentially white and Protestant.

Sikhs are attacked and told “go back to your country.” Buddhist temples are vandalized and mosques are denied building permits. Muslim community leaders are reportedly asked to sign “loyalty pledges” to verify their “American-ness.”