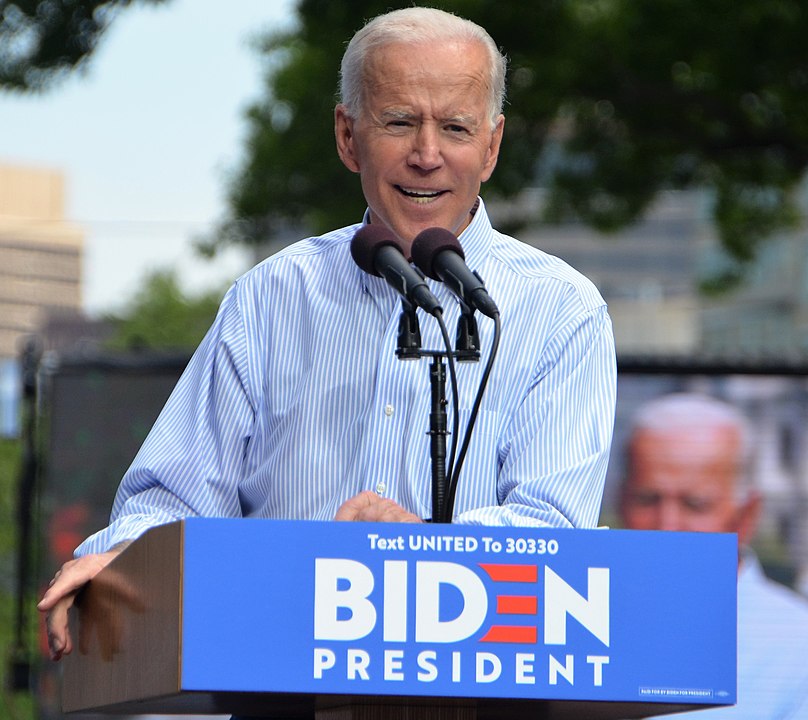 The three endorsements Joe Biden needed most came within the space of 48 hours.

In a 12-minute YouTube video, Obama declared he was “proud to endorse Joe Biden” adding, “I believe Joe has the qualities we need in a president.” Sen. Elizabeth Warren followed suit on April 15, pledging her own support to Biden.

The emergence of a consensus candidate – reportedly after Obama held a series of conversations with Sanders – allowed the former president to unshackle Biden from the expectation that he had to defend all things Obama. The former president also used the opportunity to unleash a frontal attack on President Trump’s competence. In so doing, Obama demonstrated his usual command of rhetoric, a topic I have studied extensively as a scholar of political communication.

Obama had reportedly told friends and candidates that he wouldn’t endorse anyone until the voters had made their choice known.

Sanders’ backing of Biden made the former vice president the presumptive Democratic candidate for the 2020 election. Obama’s endorsement address built on Sanders’ celebration of Biden’s decency and competence. Biden, Obama observed, would provide the country with the leadership needed to manage the pandemic.

Obama then gave Biden his blessing to move away from the policies and platforms of their shared past. “If I were running today,” Obama declared, “I would not run the same race or have the same platform as I did in 2008. The world is different. There is too much unfinished business for us to look backwards.”

By freeing Biden from defending Obama-era policies, the former president may have laid the groundwork for aligning Sanders’ and Biden’s vision and policies.

In his endorsement, Obama observed that both men understood the need to “look to the future.” Obama declared Biden’s policy platform “is the most progressive platform of any major party nominee in history.”

By attacking the Trump administration’s record, Obama established a blueprint for the Biden campaign.

In his endorsement, Obama resisted the temptation to make Trump and his personality the focus. Trump is unnamed in the address – but his policies and competence get plenty of mention. Obama claimed that his successor’s tax cuts for the wealthy have worsened inequality. He also took a swipe at what he characterizes as Trump’s unleashing of polluters and disregard for basic norms, the rule of law, facts and science.

In contrast, Obama said, Biden would restore the qualities of dignity and competence to presidency. “I know he will surround himself with good people. Experts, scientists, military officials who actually know how to run the government and care about doing a good job running the government, and know how to work with our allies, and who will always put the American people’s interest about their own,” Obama said.

The Trump campaign is well-funded and prepared for such attacks. Even with Obama’s help, unseating Trump will be difficult.

Trump is chronically underestimated as a speaker. He is strikingly effective in his favorite venue: the Trump rally. Even with Obama’s move to embrace the Democratic left in his endorsement address, there is no guarantee that Sanders supporters will enthusiastically embrace Biden. And, in the main, Biden remains an uneven speaker – prone to verbal excess and lack of precision. Yet, Biden has, on occasion, demonstrated that he can effectively deliver a well-written speech. He did so in his South Carolina primary victory address, offering a compelling story of purpose and unity necessary for coalition politics. Biden’s life is marred with deep tragedy, which has given him the gift of empathy, a genuine quality that shines through.

Regardless, Biden does not possess Obama’s rhetorical skill and will need him on the campaign trail. Obama’s history of rhetorical success is remarkable. His 2004 Democratic National Convention Address, 2008’s “More Perfect Union” speech and his 2015 Charleston gun eulogy address stand out as exceptional examples. The qualities that made these speeches remarkable are also present in his endorsement of Biden. He is now liberated to put his powers of rhetoric in service to the Biden campaign.

David A. Frank, University of Oregon

David A. Frank, Professor of Rhetoric, University of Oregon