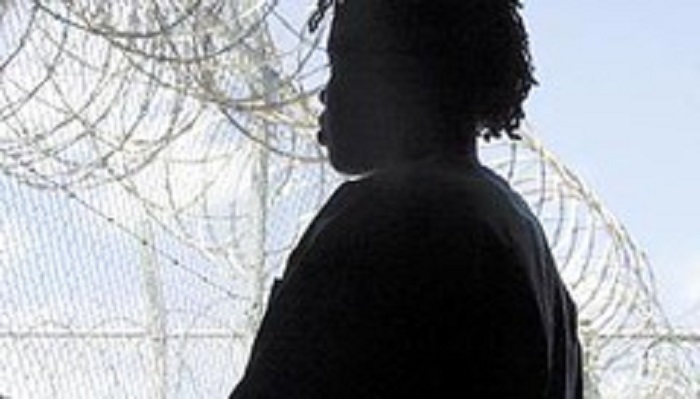 Should Juveniles Be Sentenced To Life?

America as I understand it is the only country in the world that sentences juveniles; that is those under the age of eighteen to life imprisonment without parole. This was challenged in court about ten years ago with the Supreme court stating it is unconstitutional to sentence minors to life without the possibility of parole.

Teenagers are basically the same worldwide. They have the same kind of social, physical, and emotional issues to deal with, but their environment can make or break them. It is this environment which can be the determining factor in where they end up. If they are given the right encouragement and the right tools they can do amazing stuff which sets their life on the right track, however, stuff happens which see their hopes and dreams derailed.

Teenagers all around the globe come before the courts for various reasons with murder being the most extreme charge but after serving a sentence of a set amount of years they are set free subject to certain conditions. One of these is that the authorities are satisfied there is no risk to the public. They, except in rare occasions appreciate their freedom and live out their lives as law-abiding human beings.

People can and do turn their lives around that they at the age of thirty are completely different people from who they were as a fifteen year old. I have read that the human brain does not fully develop until they are twenty five. The American justice system does not seem to take this into consideration and charge them as adults yet they are for all intents and purposes minors; even the American law classifies them as minors.

Keeping people locked up serves no useful purpose and the motivation for wanting another human being kept in prison can only be retribution which is the revenge mindset. “I want him or her to pay for what they did.” I think a person with that kind of a mindset is choosing to be a victim and it is rather sad that they have been known to influence the judge into keeping an offender locked up.
There is a case in Florida where a fourteen-year-old lad killed an eight-year-old girl. He came up before the judge for re-sentencing after the Supreme Court ruled that life was unconstitutional but after pressure from the relatives of the deceased the judge ruled that he must remain in prison. The young man was now in his thirties and was a completely different person compared to that fourteen-year-old.

One just has to question the mindset of people who see the worst in another human being.
A young lady, also from Florida, killed a sixty-eight-year-old man and stole his pickup truck as a fifteen-year-old. She received a sentence of life without parole but do you know what the most pathetic aspect of this case was?

It was that she did this crime with her twenty-one-year-old boyfriend.
Pathetic because, nothing was ever mentioned about her being led astray by her so-called adult co-accused. The justice system never seems to take this factor into consideration yet according to the law, a person under the age of eighteen is classed as a minor.

In 2007 a young lady named Erin Caffey who then a sixteen-year-old plotted to kill her family because her parents did not approve of her then boyfriend Charlie who was nineteen. It wasn’t just the age different it was the stuff Erin was doing. Her family was a devout church going family who were all part of the worship team at the church they attended in Texas. Charlie’s friend and his girlfriend all took part in a barbaric slaughter in which Erin’s Mum, Penny Caffey, her two brothers all died, while her father Terry survived to tell the tale.

The two lads who did the killing received a sentence of life without parole, Erin’s friend received twenty years, while Erin herself is not eligible for parole until 2038.
My view is that Erin should have been treated more fairly considering her young age; I mean the fact that Erin planned the whole murders should have been treated differently than if she had done the whole killing herself. Erin was the only minor of this quartet so who is responsible for the actions of the other three? Certainly not Erin.

I first became aware of this case in 2017 after watching a TV program on Criminal Investigation. I started a letter writing campaign for Erin the following day and that continued throughout 2018 and into 2019 but have received not a single reply to all the letters I posted to the White-house concerning this matter but did receive a letter from Erin herself. She comes across as a bubbly young lady who receives visits from her Dad; yes you read correctly, her Dad who forgave his daughter.

Bob Stewart is a New Zealander who went channel surfing on Sunday evening in late October 2017 and came across Criminal Investigation featuring Texan woman Erin Caffey and presented by Piers Morgan. You can read his thoughts on a blog he set up in 2018 http://www.erincaffey.blogspot.com