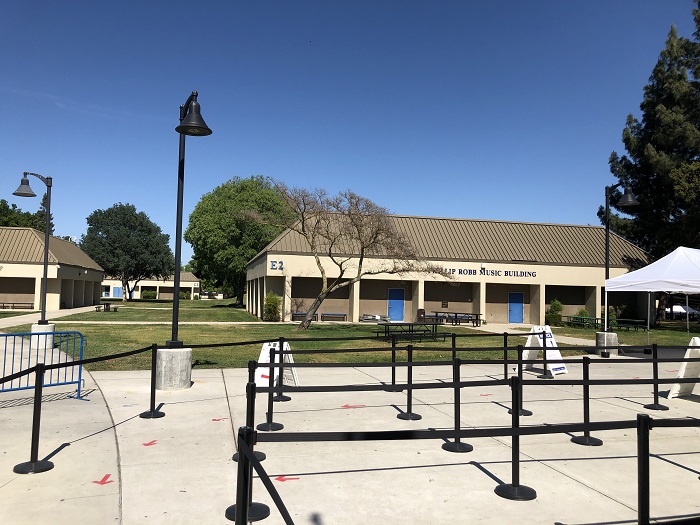 After an 18-year-old gunman killed 19 children and two teachers — and injured 17 others — at Robb Elementary School in Uvalde, Texas, on Tuesday, the state’s attorney general, Ken Paxton, said arming teachers could prevent more mass atrocities at schools in the future.

“We can’t stop bad people from doing bad things,” he told Fox News. “We can potentially arm and prepare and train teachers and other administrators to respond quickly. … That, in my opinion, is the best answer.”

Paxton’s response is not a new one. After a school shooting claimed the lives of 17 students and adults in Parkland, Florida, in 2018, then-President Donald Trump and Education Secretary Betsy DeVos also expressed support for giving guns to teachers. More than 15 states, including Texas, allow teachers, security personnel or permit holders in schools to have guns, according to Everytown for Gun Safety, a gun violence prevention organization.

Now, after the second-deadliest school shooting since 20 children and six adults were murdered at Sandy Hook Elementary School in Newtown, Connecticut, in December 2012, the question of arming teachers has again resurfaced.

But allowing school personnel to carry guns hasn’t thwarted mass shootings at schools. The armed school safety officer in Parkland failed to stop the gunman. The gunman at Robb Elementary exchanged gunfire with law enforcement after entering the school and bypassing a school resource officer, who was reportedly armed. Overall, 42 acts of gun violence took place at schools in 2021, and 27 have occurred so far this year.

There are also concerns about safety even if guns are being brought to school with the intent to protect students. Ron Avi Astor, a UCLA social welfare professor and expert in school violence, said that he had not seen data proving that armed teachers could prevent shootings — but that available data suggests more guns in schools could lead to more danger.

“Guns can go off by accident and harm the person who has the gun and other people around,” he said. “If people are not super highly trained … they can shoot kids, shoot teachers, shoot other people by accident.”

Moreover, the argument that teachers should be armed ignores the fact that teachers unions and gun violence prevention groups largely oppose this proposition. Rather than arming teachers and other school personnel, they support gun control and other measures to prevent school shootings.

“We oppose arming teachers,” said Clay Robison, a spokesperson for the Texas State Teachers Association. “Teachers are trained to teach and nurture children. They are not trained to be armed security guards.”

Robison added that the loosening of pandemic measures and the curriculum fights that have dominated the headlines the past two years essentially left many teachers feeling like they were already under attack before this latest school shooting.

Rob D’Amico, spokesperson for the Texas American Federation of Teachers, pointed out that, at least among Texas AFT members surveyed by the organization, many teachers are already at a breaking point without the emotional toll of school shootings. Low pay and overwork are the two biggest drivers of Texas teachers polled by the organization considering leaving their profession, he said.

“Unfortunately, with another school shooting, that adds yet another layer,” he said. “They’re devastated and they’re hurting terribly.”

As for whether teachers should be armed, D’Amico said that Texas already has a school marshal program — spurred by the Sandy Hook shooting — in which school districts can appoint trained employees, including teachers, to carry a gun on campus to respond to active shooters.

“We need less guns around school campuses, not more,” he said, noting that the group opposes teachers carrying in schools.

The Giffords Law Center to Prevent Gun Violence, a gun control advocacy group founded by former Rep. Gabby Giffords after she was injured in a 2011 mass shooting at her home district in Arizona, has tracked guns being mishandled in schools since 2014, research director Kelly Drane said.

Through collecting local news reports, the group has tracked nearly 100 cases of school officials leaving guns unattended in areas where students later found them, as well as parents or school employees unintentionally firing guns or guns being mishandled during student discipline cases.

“It’s the proliferation of guns in our country and the easy access to those guns that is responsible for the level of gun violence that we’re seeing in our communities,” she said. “And the idea that having teachers or other adults with guns is going to solve this problem, I think is ludicrous. And if you ask teachers, they believe the same thing.”

Research bears this out. After the Parkland shooting in 2018, Lauren Willner, assistant professor in the School of Social Work at the College of Health and Human Services at San Diego State University, conducted research about how teachers felt about the prospect of arming themselves in school. She surveyed 2,926 educators from each state and the territory of Guam, finding that 95 percent said teachers should not be required to carry firearms. Only 6 percent said they were comfortable firing a weapon to stop a potential shooter, despite the fact that 16 percent of respondents were gun owners and 25 percent said they had more than minimal familiarity with firearms.

“Overall, regardless of whether they’re gun owners or are in favor of the Second Amendment, they still do not believe that this [arming themselves in schools] is the right solution for the problem,” Willner said.

Teachers, her research found, believe their role is to educate students and not to serve as protectors in schools. In addition, they view gun violence as a public health crisis that needs to be addressed as such, she said.

Willner said that in addition, students and families, especially in communities of color, feel uneasy about armed personnel in schools. After the 2020 Minneapolis police murder of George Floyd, for example, many students and activists demanded that schools cut funding to school police departments.

“We do know from research that’s been done that the officers that are placed at the schools are very minimally effective, and they actually cause more issues to the school community, particularly in urban neighborhoods, and schools where they’re predominantly serving students of color,” she said. “They’re often seen as more of an issue than they are a solution.”

Ade Osadolor-Hernandez, a national advisory board member for Students Demand Action, which is affiliated with Everytown, said she does not support armed teachers on campus.

“I think arming teachers only creates a greater state of fear and anxiety,” said Osadolor-Hernandez, who is from Southlake, Texas. “It is extremely disheartening to see that people believe that is the solution to prevent gun violence and to stop school shootings and mass shootings from happening.”

Now 20, Osadolor-Hernandez was in high school when the Parkland shooting occurred and said lawmakers need to pass legislation to prevent and reduce gun violence. She identifies as Latinx and said communities of color, such as the largely Latinx city of Uvalde, are particularly vulnerable.

“I think it’s extremely important to realize that the Black and Latinx communities have been extremely brutalized by gun violence,” she said. “They have experienced it at a higher rate than their White peers.”

Parents have also said that they don’t think arming teachers will make students safer. Wendy Gonzales-Neal, head of the Texas chapter of the National Parents Union, is a mother and grandmother in Houston. In 2014, she said, one of her son’s classmates was found with a gun but other students reported him before he hurt himself or others. She supports security officers or law enforcement having guns but not teachers themselves. She said that teachers have enough to worry about without the added stress of carrying a firearm and wondering what would happen if a student or someone else managed to take their weapon.

“I wouldn’t feel safe knowing that a teacher or staff member have [firearms],” she said. “Now, if the school has their own police department, that’s fine, or even a marshal on campus, because they’re trained to do these types of situations.”

Overall, however, Gonzales-Neal would like to see Texas schools invest more in student health and anti-bullying measures than arming teachers, she said. That Texas lowered the age to buy a gun to 18 — with certain eligibility requirements — also concerns her. The Uvalde shooter reportedly bought his firearms on his 18th birthday.

Vinik raised concerns about Texas relaxing gun laws while arguing that the entire nation is failing to keep children safe in schools.

“That really is just a powerful indictment on our country, that we somehow have chosen not to protect our youngest members when we send them off to school because this happens again and again,” she said. “We just lack the political will to address this in the way it needs to be.”