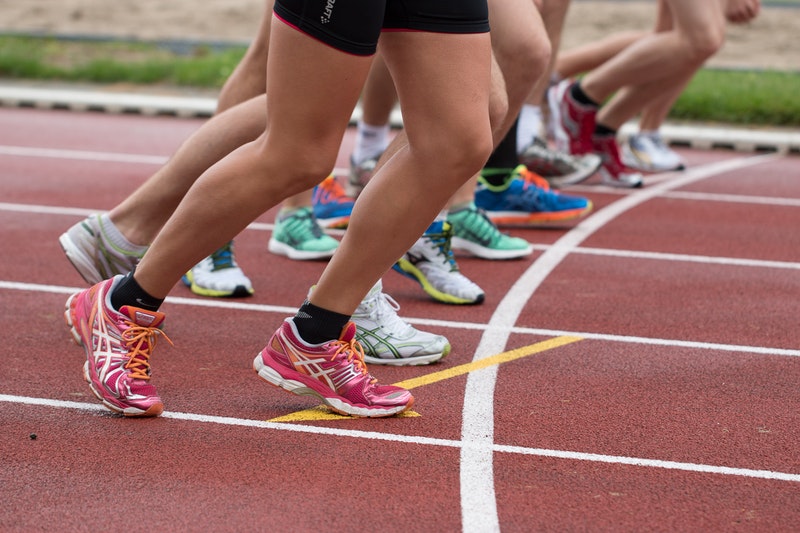 This year, 20 states proposed to ban transgender girls – meaning those assigned male at birth but who live and identify as girls – from competing on girls interscholastic sports teams.

The only bill to pass was in Idaho. That law bars transgender athletes from participating in high school and college sports. It also authorizes “sex testing” of athletes through genital exams and genetic and hormone testing.

The ACLU is challenging the law, arguing that it violates civil rights, and a federal court has delayed its implementation. On Dec. 21, over 60 women’s and LGBTQ rights groups and nearly 200 women athletes, including Billie Jean King, Megan Rapinoe and Candace Parker, filed legal briefs contesting the Idaho law and supporting the full inclusion of transgender athletes.

The right of girls and women to compete on sports teams has endured 50 years of policy debate. With more young people now identifying as transgender, whether transgender girls can compete on girls high school teams has risen to the forefront of these discussions.

My research helps explain why sports is a key venue for disputes over transgender equality today. The expansion of competitive sports for girls and women – both internationally and in the U.S. – has heightened scrutiny of who “belongs” on girls and women’s teams.

A patchwork of rules

Whether transgender youth can participate in athletics currently depends on where they live.

Some states, like Minnesota and Massachusetts, allow transgender athletes to compete on the teams that comport with their identity, regardless of medical interventions. Others, like Illinois and Virginia, require a documented medical transition, including disclosure of hormone therapies. In states such as Georgia and New Mexico, athletic eligibility is determined only by the sex designated on a student’s birth certificate. Still others, like Pennsylvania, let local schools decide. Ten states offer no statewide guidance for incorporating transgender athletes.

These eligibility rules are typically determined by state athletic associations, not state legislatures. However the recent spate of legislation suggests this could change.

Title IX of the Education Amendments of 1972 is a federal law that bans sex discrimination at all levels of education. Every U.S. school must comply with the mandate.

Title IX has dramatically increased women’s access to college education, graduate schools and athletics. Today, 43% of high school athletes are girls, as compared with 7% in 1971, the year before the bill became law.

After Title IX passed, policymakers had to decide how to increase women’s access to school-sponsored sports.

The National Organization for Women and other pro-integration activists argued that coed teams would ultimately help secure women’s equal status and visibility as athletes. At the same time, they worried immediate sex integration might disadvantage women, given the previous lack of training, coaching and athletic competition for girls and women. So, starting in 1979, policymakers required schools to expand access by creating new teams specifically for women and girls.

Since then, women have rarely competed on men’s college or high school sports teams. Likewise, in 13 cases between 1971 and 2006, the U.S. courts ruled against cisgender boys and men – those assigned male at birth and who live as boys and men – who wanted to play on teams for girls and women. Research shows that the legal reasoning in these cases advances the dubious notion that girls are inherently inferior athletes.

Despite controversy around sex-segregated teams, they remain the norm for athletic competition in the U.S.

Currently, transgender athletes are underrepresented at the high school level. One report from the Human Rights Campaign found that only 12% of transgender girls participate in organized sports, compared with 68% of young people overall.

Among the reasons for this is the lack of clarity in equity policy. Court cases establish that public schools must affirm the gender of all students and protect them against exclusion under Title IX. However, the rights of transgender athletes to access high school sports teams are not specifically addressed in federal athletic policy guidelines.

Over the past three decades, the movement for transgender rights has made many legislative and social gains. These include increased public recognition, legal victories and some state-level protections against discrimination at school.

But increased visibility for transgender people has also produced legislative backlash on issues like access to public restrooms.

These “bathroom bills” – which included attempts to deny transgender students access to sex-segregated bathrooms at school – provided a blueprint for current legislative proposals barring transgender athletes. They were premised on the idea that transgender people should not have the right to use sex-segregated spaces, like public restrooms and locker rooms, that align with their gender identity.

Ongoing disputes in the international sporting environment are also relevant to the broader debate about who “belongs” in women’s sports.

The case of South African Olympic track star Caster Semenya drew significant attention to this question. Semenya is a cisgender woman – meaning she was assigned female at birth and lives as a woman – and an Olympic gold medalist in the women’s 800-meter event. After her first international championship in 2009, several competitors challenged her victory. They suggested that she was too fast, that her physical appearance was not sufficiently feminine, and that she was not “actually a woman.”

In a decadelong dispute, the international governing agency for track and field fought to enact a contested policy that requires Semenya – and any other woman athlete whose gender is questioned – to submit to bodily and hormonal evaluations and possible medical treatments in order to remain eligible for particular running events.

The United Nations and Human Rights Watch argue the policy has lasting negative impacts on the targeted athletes. Semenya refuses to comply.

These sex testing policies, also known as gender verification, have long policed the elite women’s category and particularly harm women of color, who have been disproportionately scrutinized.

Meanwhile, scientists are divided on whether monitoring testosterone – as both international policy and Idaho law now advocate – can identify any consistent athletic advantage. They continue to debate the meanings of gender and the impacts of sex difference.

Yet as the 2021 legislative season begins, some states have already proposed additional transgender athlete bans. U.S. Rep. Tulsi Gabbard, Democrat of Hawaii, introduced a bill in Congress that would limit Title IX’s athletic equity protections only to girls and women assigned female at birth. A court case involving transgender athletes’ rights in Connecticut and the Idaho case remain ongoing.

As policymakers and elected officials debate the future of sports for girls and women, the rights of transgender athletes hang in the balance.