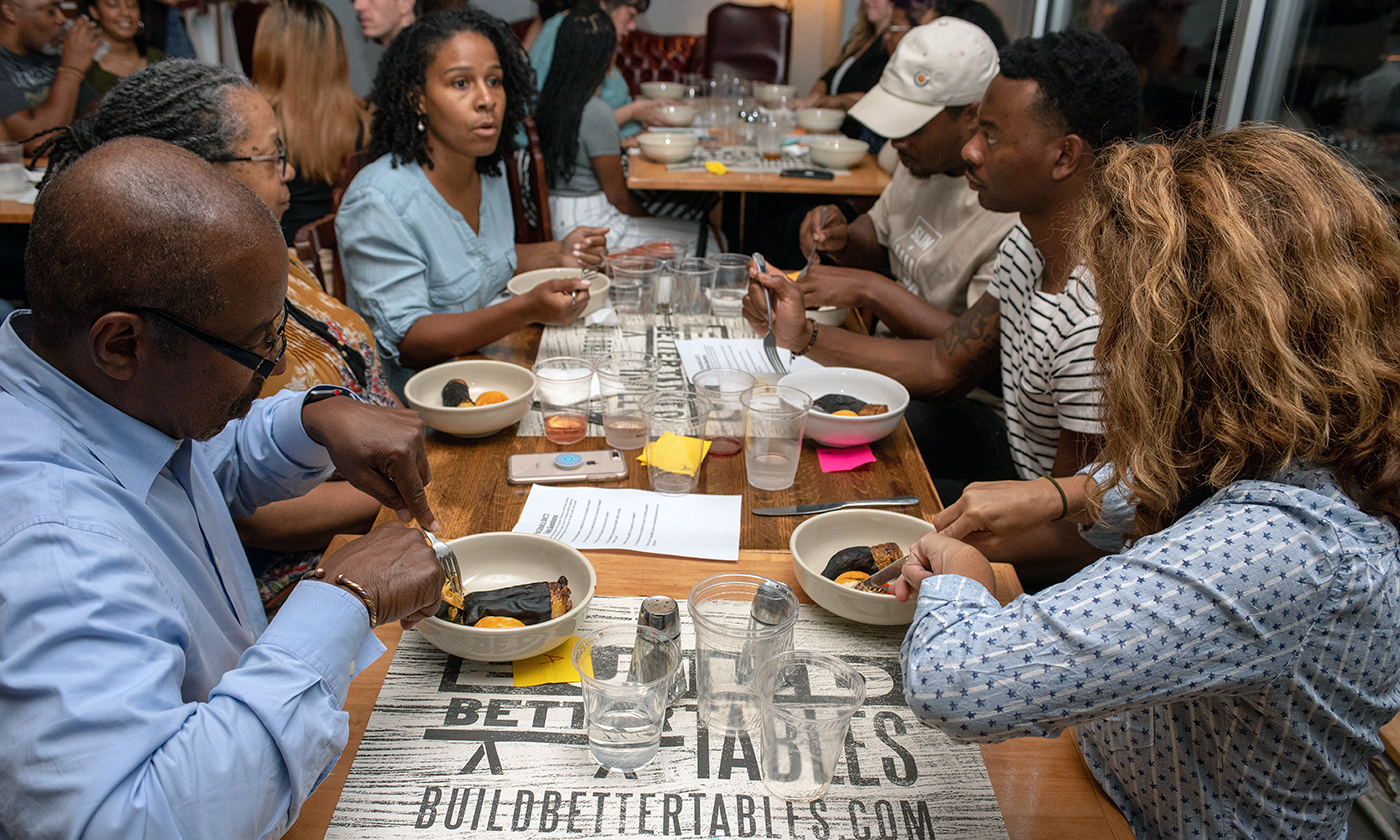 This Chef Is Fighting Gentrification With Hot Chicken

During the third full week of August, residents of Nashville, Tennessee, gathered to eat chicken tossed in palm oil-fried pepper sauce, yam pottage, jollof rice, fried sweet plantains, and efo riro, or stewed spinach. The cuisine was native to Nigeria, chef Tunde Wey’s home country, and served at Westwood Baptist Church, a place that has been a fixture in the community for nearly a century.

On the website for H*t Chicken Sh*t, “a dinner series to end gentrification,” people were asked to pledge money or property for chicken—$100 for one piece, $50,000 for a half-bird and sides. People with access to wealth or disposable incomes were encouraged to contribute.

Over the meal, Wey, the event’s creator, said to attendees that he was “trying to match the absurdity of gentrification and the lack of affordable housing” with “the absurdity of selling hot chicken for a lot of money.”

The dinners were held over three nights and raised about $52,000. It’s the first step in a plan to raise money to support affordable housing in Nashville, where homeowners are experiencing gentrification through increased property taxes.

Now that the money is raised, Wey and his partners for H*t Chicken Sh*t will use it to set up a fund to provide grants to help keep residents of North Nashville in their homes.

Funds will go to residents of North Nashville, a historically Black neighborhood that was a site of federal redlining policies in the 1930s. It will target a North Nashville Census tract where about 12 percent of residents are 65 years or older. Some are homeowners on fixed incomes. When they can no longer afford to pay property taxes, some residents sell their properties to developers who sell the homes for more money or demolish them to build other housing.

The new fund will help residents pay for property taxes and also fund educational resources about housing rights—like how to protect against aggressive solicitation and predatory developers.

H*t Chicken Sh*t started when Wey, a New Orleans-based chef and writer, was commissioned in June by Metro Nashville Arts Commission to talk about how food and gentrification were connected. How to do that was up to Wey.

Wey based the Nashville dinner series on a month-long pop-up restaurant he hosted in New Orleans in February. With that event, he aimed to bring attention to racial wealth disparity in New Orleans, where the median household income in 2016 was $25,324 for Black residents and more than double that at $67,844 for White residents, according to data from the city.

At the pop-up, lunch plates were sold at two price options: a standard $12 available to everyone and a suggested $30 for White customers. The pop-up pointed out facts and started discussions, in person and on the internet, about the racial income gap. The net profit of lunches sold at the suggested price was redistributed to customers of color at the end of the pop-up.

Wey said he wanted his project in Nashville to make a long-term impact by actually addressing the problem he’d highlight with the dinners.

“It’s an evolution of the work that I’ve been doing already,” he said. “It’s sort of like escalating the stakes.”

In Nashville, Wey began his work by meeting with people who cared about affordable housing—people who could be partners or supporters for the project.

“There is no magic money out there. If we’re trying to fix problems around equity, that money has to come from somewhere else. It has to move from a place of high resources into areas that have lower resources.”

Nearly 1 out of 4 homeowners and 44 percent of renters in Nashville are cost-burdened, according to a report from Nashville’s mayor’s office. And between 2000 and 2015, there were more than 18,000 fewer units available than needed to meet demand for households with incomes below 60 percent of median household income.

Among the people Wey talked with about the housing crisis in Nashville was Brent Elrod, director of planning and development at Urban Housing Solutions, a nonprofit that provides affordable apartments.

Elrod said it is new for North Nashville, the community that this project is focused on, to be at the center of the affordable housing discussion.

“I think the problem is particularly acute in North Nashville and has not really been documented or attended to as much as it deserves,” Elrod said. He hopes the dinner series brings a “new light and sort of a new flavor … to the conversation about affordable housing in a way that I don’t [think] anyone else could do, or certainly no one else has done.”

The initial plan for the dinner was to raise enough money—with the goal set at $11.2 million—to purchase 34 duplexes that would have been transferred to a land trust. But with the dinner meeting only a fraction of its fundraising goal, and after hearing the specific housing challenges residents face, Wey and his partners have shifted gears. Instead of buying property, they’ll subsidize housing costs for residents of the neighborhood.

Another aim Wey had for the project was to help a broader audience understand how equity and wealth impact access to housing. He said that while the dinner didn’t spark as wide of a conversation as he was hoping, it did spur the realization through private conversations that wealth is connected to access to home ownership and provided people with an idea for how to change it.

“Resources are not the problem,” Wey said, pointing to wealth inequality as the source of the affordable housing crisis. “It’s the distribution of resources that are the problem, and the folks who have [resources] have to distribute those resources, because technically it belongs to everybody.”