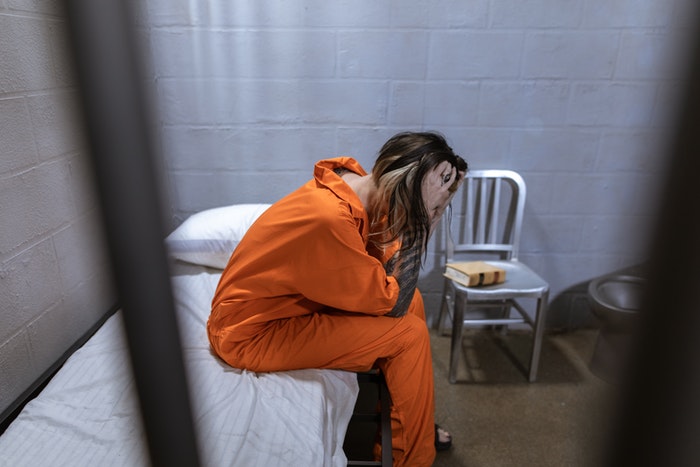 Trauma On Top Of Trauma: Why More Women Are Dying In Jails

Six years ago today, 28-year-old Sandra Bland was found hanged in her Texas jail cell three days after she was pulled over for a traffic violation and subsequently arrested.

Bland’s death sparked national outcry over the abuses of the criminal justice system against Black women. Her story is also part of a larger trend of women experiencing rising incarceration rates and deaths inside jail facilities.

Women are the country’s fastest growing incarcerated group, concentrated in rural counties. From 2008 to 2018, the women’s jail population grew by 15 percent while men’s decreased by 9 percent, according to federal data. In 2018, women had nearly 7 percent higher mortality rate in jails than men, largely due to illness, suicide and drug or alcohol intoxication.

Experts told The 19th that the numbers underscore the need to not only assist women’s needs inside the jails, but to also implement systemic reforms, services and programs that can reduce their arrests.

“I think as long as we refuse to put money into those places that we know can help people, there will continue to be people with some really acute needs. We’re going to keep wanting to put them somewhere, and the place that we put them will be jail, and some of them will die there,” said Wanda Bertram, a spokesperson for the Prison Policy Initiative, a nonprofit, nonpartisan think tank.

The federal Bureau of Justice Statistics (BJS) currently offers the most comprehensive national data on jail mortality, but provides a limited picture of the challenges facing women and no information on the death rates among nonbinary people. This spring, BJS released its most recent data from 2018, showing that women had a higher jail mortality rate than men for just the second time since the bureau began issuing these reports in 2000.

The rate in jails is a stark contrast to that of state prisons, where men were more likely to die in 2018, at a rate of 356 per 100,000 state prisoners, compared with 203 out of every 100,000 for women. One factor is that prisons, which hold incarcerated people for longer terms, can have resources that jails may not offer since they are considered a more temporary setting.

While women comprised 16.1 percent of all jail deaths in 2018, that has increased from 10 percent in 2000. As with Sandra Bland, the majority of jail deaths occurred among people who had not been convicted of a crime, and about 40 percent in 2018 happened within the first seven days of admission, though the BJS report does not break out this information specifically for women. The report also does not give data for specific groups such as Black women.

Illnesses, including heart disease, cancer and respiratory infections, collectively killed women at the highest rate, followed by suicide and problems related to drugs and alcohol. The concentration of deaths in these areas reflects the needs women have both in and out of incarceration.

“I would say most, if not all of the women entering jails have been exposed to some form of trauma … and when they enter into jails and prisons, it becomes overwhelming,” said Nneka Jones Tapia, a psychologist who served as jail warden for Illinois’ Cook County from 2015 to 2018.

That trauma is often exacerbated by the experience of incarceration, where women are often separated from their communities and their children. About 80 percent of women in jails are mothers, according to the Prison Policy Initiative.

“The whole process of incarceration for everyone continues to dehumanize and remove dignity from a person who already is experiencing difficulty with hope,” said Jones Tapia, who is now the managing director of justice initiatives for Chicago Beyond, an organization that focuses on youth equity.

Both prisons and jails struggle to provide adequate physical and mental health care for women, and the situation is even more dire for rural and small jail facilities, said Andrea Armstrong, a law professor at Loyola University New Orleans with a focus on prison and jail conditions.

More from The 19th

The problems range from leaving pregnant people to deliver babies alone in their cells to overlooking signs of severe drug withdrawal. In many cases, women’s health-related complaints are not taken seriously, Armstrong said.  Treatments women are doing prior to arrest to address certain health conditions are often disrupted inside, and they likely will not receive a comprehensive health evaluation to identify underlying conditions.

In 2017, 27-year-old Kelly Coltrain died in a Nevada jail from drug withdrawal complications three days after being booked. She reportedly asked for medical treatment to assist with withdrawal, noting past experiences with seizures, but was ignored. She was supposed to be checked on every 30 minutes, but lay dead in her cell for about six hours before a deputy discovered her body.

Though BJS’ data reflects outcomes prior to COVID-19, efforts to mitigate spread of the virus in jails did not prioritize women and their elevated vulnerability, said Michele Deitch, a distinguished senior lecturer at the LBJ School of Public Affairs at the University of Texas at Austin who co-authored a report about the experiences of women behind bars during the pandemic.

Deitch said jails and prisons can work to be more responsive to women inside while public officials address systemic challenges women face in society overall that lead to incarceration.

As the jail warden in Cook County, Jones Tapia said she took a holistic approach to meeting incarcerated people’s needs that included programming for mental wellness, substance use, education and job training. But even in her effort to help, Jones Tapia recognized that she perpetuated a broken system, she said.

After taking some time away from the Cook County jail system, she came to believe that society needs to shift focus from punishment to safety, that it needs to hold people who work in the incarceration system accountable for structural harm and that it needs to prioritize decarceration.

Her sentiments were reflected by other experts who said that closing health and economic disparities can help reduce the ways women come into contact with the criminal justice system. Cities and towns can also change law enforcement response to drug or mental health issues.

“For decades, we’ve been shifting away from treatment and towards punishment,” said Merry Morash, a professor of criminal justice at Michigan State University. “I don’t think the issue is to make jails really responsive to women, it’s like, keep them out of jail.”

Most women are put in jail for low-level offenses related to property, drug or public disorder often driven by poverty, unemployment, mental illness or trauma, according to a 2016 report from the Vera Institute for Justice. An estimated 32 percent of women in jails have what is classified as a “serious mental illness,” 60 percent did not have full-time employment prior to their arrest and 86 percent report having experienced sexual violence in their lifetime, the Vera Institute said.

A stronger system of social services and health treatment can address some of these needs, Bertram of the Prison Policy Initiative said.