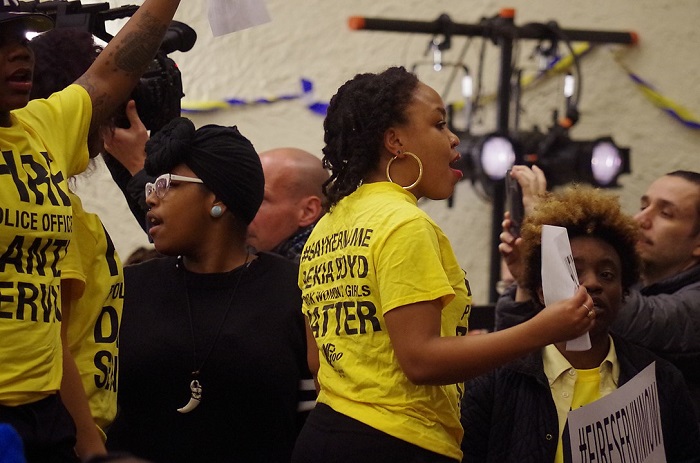 President Trump appealed to black voters Friday to support his reelection campaign, saying that Democrats in Congress are wasting their time on an impeachment effort that’s “failing fast” instead of working to improve black communities.

“Imagine if Democrats just put 10% of the energy they devote to attacking me and my administration to instead making this a better country for African American citizens,” Mr. Trump told a largely black audience in Atlanta.

The president said Democrats and the media are pushing “the deranged, hyper-partisan impeachment witch hunt, a sinister effort to nullify the ballots of 63 million patriotic Americans.”

“It’s not happening, by the way, that’s failing,” Mr. Trump said of impeachment. “It’s failing fast, it’s all a hoax.”

Mr. Trump spoke to the largely black audience of a few hundred people to launch his campaign’s outreach effort called “Black Voices for Trump.” The president in 2016 received support from only about 8% of black voters, and a Quinnipiac University poll this week showed him with only 2% support from blacks.Surveys last summer showed black support for the president dropping as well when he engaged in a high-profile feud with four female freshman Democratic lawmakers who are minorities.

But the president said his economic record should attract more blacks in this campaign, with minority unemployment at historic lows, and his criminal justice reform policies are also benefiting minorities.

“We’re undoing the damage inflicted by decades of corrupt Democrat rule, and creating a historic tide of new opportunity and prosperity,” Mr. Trump said. “We’ve done more for African Americans in three years than the broken Washington establishment has done in more than 30 years.”

The president portrayed the government shutdown in 2018 as a fight over illegal immigration.

Noting that he pulled the U.S. out of the Paris climate accord, the president said “do-nothing Democrats” are blocking a vote on the U.S.-Canada-Mexico trade agreement “rather than help their black constituents.”

Among the supporters who joined him on stage were Pastor Darrell Scott of Ohio, who has been with Mr. Trump from the start of his 2016 campaign.

“In the society we live in today, it takes a lot of courage to say you’re supporting President Trump,” Mr. Carson said. “Today, they say, if you are a conservative, then you are somehow ‘Uncle Tom,’ you’re a horrible person, you’re a demon. What a bunch of crap.”

The president said Democrats have “betrayed” black communities for decades with destructive policies.

“They passed crime bills that devastated your communities, and Democrats waged a relentless assault on the cherished values that have always defined African American families,” he told black supporters. “It’s amazing that you’ve stayed so long, to be honest. It almost becomes a habit, right? Nobody knows why they vote for a Democrat. Look, if they don’t do the job, you switch, you gotta switch.”

He said of the Democrats, “They’ve dismissed you, they’ve hurt you, and they’ve sabotaged you for far too long.”

“We need you to share our message of jobs, opportunity and freedom with everyone you know,” the president said. “We need you to reach out to your friends, your neighbors, your churches in your communities. Tell them that you are fierce and brave and proud and independent black voices for Trump.”