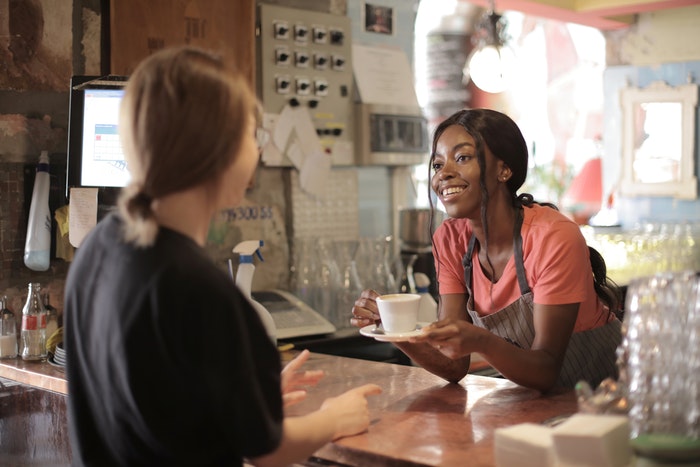 Growth in the industries that had helped women regain jobs in the labor force this year ground to a halt in August, as the spread of the Delta variant drove business closures.

After months of adding jobs, the industries that have helped women return to the labor force — hospitality, retail and education — suddenly took a dip.

The hospitality industry, one of the largest employers of women in the country, has been adding 350,000 jobs a month on average over the past six months. In August, job growth was completely flat. The entertainment sector gained 36,000 positions but food and drink services lost 42,000, according to the latest data released by the Bureau of Labor Statistics (BLS) Friday.

Similarly, the retail sector lost 29,000 positions in August. And in education, 40,000 jobs were gained in the private sector, but 27,000 were lost in state and local government public education.

Those losses undoubtedly hurt women. About 41,000 women left the labor force last month, while 139,000 men joined it, according to BLS’ survey of households. Black women bore the majority of the losses. They were the only group for whom unemployment went up, to 7.9 percent from 7.6 percent.

Latina unemployment went down to 6 percent, Asian and White women’s unemployment is down to 4.2 percent. (BLS does not collect data on nonbinary people, and does not have monthly data on Native Americans, Native Hawaiians and Pacific Islanders.)

The struggling unemployment trends for women of color over the past year and a half have made it more difficult for them to recover from the recession. They continue to see dips in employment while White women’s unemployment improves. That makes them more susceptible in months where the economy is weaker, said Kate Bahn, the director of labor market policy at the Washington Center for Equitable Growth.

“Going in and out of poverty really means that people are on this unstable foundation, so they can’t invest in their education, they can’t invest in picking careers,” Bahn said. “They might be able to get into jobs and make ends meet, but they’re not able to plan for long-term investments that would lead to upward mobility”

The data, which was collected near the start of August, before school started in most of the nation, does not capture what could be a challenging next few months for the U.S. economy and particularly women, who are the most likely to take on child care responsibilities if schools close again.

Last September, 865,000 women left the labor force at the start of the school year — four times the number of men. That exodus was one of the most significant turning points in a recession that, for the first time in history, saw women lose significantly more jobs than men.

It also comes as federal unemployment insurance is set to expire just ahead of Labor Day, and no states have yet reported plans to expand the benefits using stimulus dollars from a federal package signed earlier in the year.

U.S. Labor Secretary Marty Walsh told The 19th on Friday that there is a potential the need for those benefits will be less acute as school ramps back up. Loss of child care and school closures were among the top reasons women left the labor force last year. Walsh called the end of unemployment coinciding with the start of the school year an “opportunity.”

“Nobody wants to wake up in the morning and be on unemployment for their whole life. They want a job, they want a chance to get to the middle class, they want to be able to support their families,” Walsh said. “And hopefully, the timing of school starting and unemployment ending will help us.

But there are also concerns that the combination of the spread of the Delta variant of the coronavirus, combined with potential business and school closures, could have a chilling effect on the next few months in the recovery.

The August report is already an indicator: Last month, 5.6 million people reported they couldn’t work because their employer lost business due to the pandemic or closed. It was the first time that number went up month to month. In July, it was 5.2 million

Walsh said encouraging more vaccinations will be what could make the difference.

“If we don’t get coronavirus numbers down and we don’t get industry opened up,” Walsh said, “I’m worried about what the short-term future looks like, absolutely.”