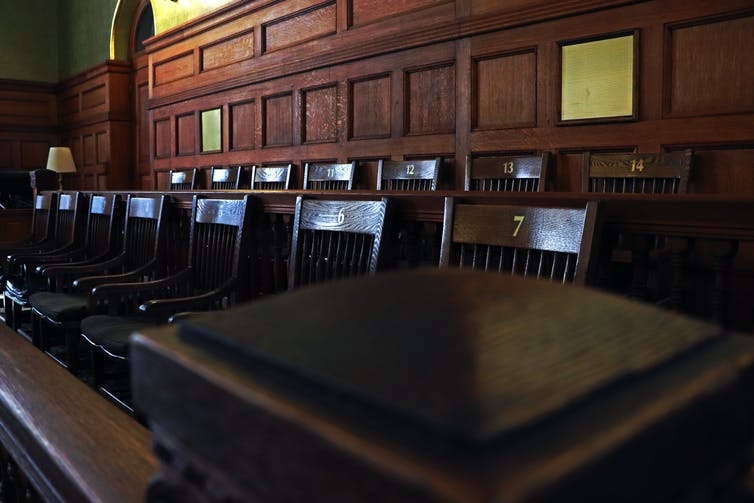 Sentencing a person to die is the ultimate punishment. There is no coming back from the permanence of the death penalty.

As public policy, I believe that capital punishment has largely not proved to be an effective deterrent.

I study the impact that public policies like the death penalty have on African Americans, and I see a problem that isn’t often discussed in the media: the significant racial disparity in public opinion about the death penalty.

The racially inequitable application of the death penalty was highlighted on Nov. 15, 2019, when, in an unexpected turn of events, the Texas Court of Criminal Appeals halted the execution of Rodney Reed less than one week before he was scheduled to be executed for the 1996 murder of Stacey Stites.

The case was racially charged. Reed, a black man, is accused of killing Stites, a white woman, and was found guilty by an all-white jury.

The Reed case is one of many capital murder cases that present an opportunity to critically examine the application of the death penalty. As director of the Institute for Urban Policy Research and Analysis at the University of Texas at Austin, I lead an organization that is committed to the elimination of racial bias and disparities through promoting equitable public policies.

When both race and gender are considered, disparities in sentencing become even more pronounced. Homicides involving white female victims are significantly more likely to result in a death sentence than homicides with any other victim characteristics.

However, beyond the explicit examples of racial bias in the criminal justice system that typically get the most attention, there remains another, more subtle bias related to the beliefs held by jurors.

When you examine the numbers behind support of the death penalty, a trend emerges.

Why do white people support the death penalty at much higher levels than black people?

According to research, one answer is racial prejudice. White Americans tend to associate criminality with racial minorities. In one study, researchers found that, after controlling for factors including education, family income, religion and political ideology, white people with stronger anti-black attitudes were more likely to support the death penalty.

It should come as no surprise that views about the criminal justice system diverge widely between black and white Americans, with black Americans being much more likely to see the system as racially biased.

Perhaps this explains why prosecutors, in spite of the illegality of excluding prospective jurors based on race, still use tactics to strike potential black jurors from the jury.

In my view, in capital murder cases, an all-white jury combined with white support for the death penalty stacks the odds against black male defendants like Rodney Reed.