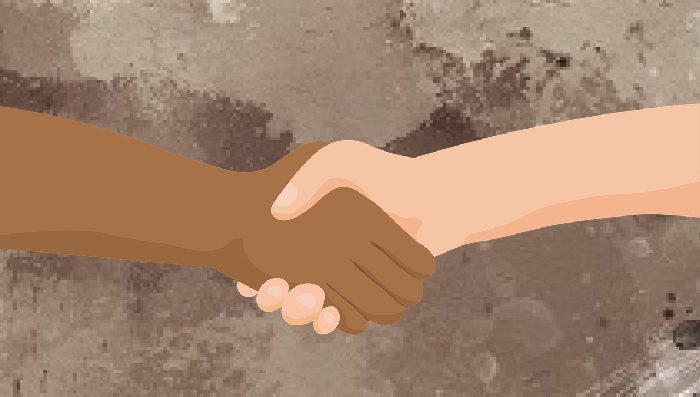 During his inauguration address on Jan. 21, 2021, Joe Biden pledged to end the country’s “uncivil war,” which had been raging during the four years of Trump’s presidency. Especially when it came to race, the theme of Biden’s winning campaign, “Redeem the Soul of the Nation,” as well as his appeal to many White voters, was that he could bring a sense of decency, unity, politeness, and reconciliation—in other words, civility—to a nation that was deeply polarized. Biden claimed he was motivated to run for president in the first place after being horrified by the alt-right Charlottesville racist march in August 2017, and Trump’s now infamous remark shortly thereafter after, that there were “good people on both sides.” Many Americans, like Biden, desperately want to believe civility is a great tool for promoting racial justice. But this isn’t true. Look at the historical record. Not only is civility ineffective, but, more often than not, it’s dangerous.

The first reason civility doesn’t work is because it substitutes the goal of unity and respecting both sides of the aisle over directly confronting systemic racism. This only empowers reactionary forces who want to maintain the status quo. The Civil War general and Republican President Ulysses S. Grant came to office in 1869 calling for national reconciliation, saying he would “have no policy of my own to interfere against the will of the people.” Grant’s rhetoric of civility was a gift for Southern states, who wanted to surgically circumvent the 13th Amendment, which ended slavery, and dismantle the nascent project of Reconstruction. If the North was committed to sectional reconciliation, then, in the spirit of compromise, they would have to tolerate and respect the rights of Southern states—who were busy passing “Black Codes,” that punished Black people more severely for making crude gestures and committing vagrancy, and the rise of the brutal penal system known as the chain gang.  In Republican William McKinley’s first inaugural address in 1897, a year after the U.S. Supreme Court in Plessy v. Ferguson (1896) formalized de jure segregation, he, too, urged reunion—suggesting that the “North and South no longer divide on old lines.” The truth is that McKinley’s appeal to civility worked well for Southern states that were methodically disenfranchising Black voters and for lynch mobs that were murdering hundreds of Black people with impunity. More recently, in 1997, President Bill Clinton, a Democrat, started a racial reconciliation initiative called the “One America Initiative,” which was about fostering “best practices” for racial inclusion across the country. This initiative served as nothing more than a distraction from the fact that Clinton had been instrumental in ushering in two pieces of legislation that devastated Black communities: the Violent Crime Control and Law Enforcement Act of 1994, which gave $10 billion to federal prisons, and the Personal Responsibility and Work Opportunity Act of 1996, which seriously cut and put stringent work requirements of social assistance for working class families. Clinton was proud to “end welfare as we know it” while urging civility.

The second reason civility doesn’t work is because it provides ammunition for reactionaries to more enthusiastically stifle anti-racist protest. The language of civil and uncivil, good and bad, sets the stage for purported uncivil actors to be punished. Today, there’s rightly universal condemnation of the racists who stormed the U.S. Capitol on Jan. 6, 2021. But more often than not, given the long racist history of Black people being presumed as uncivil—too rowdy, angry, impolite, criminal—the victims of civility have and will continue to be Black citizens. Slavery defenders like South Carolina Sen. John C. Calhoun condemned in 1837 uncivil anti-slavery activists as filled with “deadly hatred,” in order to justify violent reprisals against enslaved rebellions. Lynch mobs in the 1890s warned of the specter of the uncivil Black rapist as a threat to White women to justify murder in cold blood. Of course, this was both a blatant lie and fabrication—these interracial relationships were consensual. But civility is a powerful weapon for reactionary politics. When the notorious segregationist and terrorist, North Carolina Sen. Ben Tillman, who himself participated in the 1876 murder of six Black men, justified lynching on the Senate floor in 1907, he did so in the name of civility. When White racists lynch, he said, they “have avenged the greatest wrong, the Blackest crime in all the category of crimes. … They are looking to the protection of their own loved ones.”

So what’s to be done? A lesson is found in the long history of anti-racist Black activists, all of whom abandoned civility and endorsed vigorous proposals for racial justice—with or without bipartisan support. To reject civility isn’t to embrace violence. Far from it. It’s to anchor your political claims in an unapologetic criticism of bad policies and use disruptive public action—strikes, marches, protests—to support emancipatory ones. The great anti-lynching activist and crusading journalist, Ida B. Wells, wouldn’t be respectable in the 1890s—raising the alarm against White supremacy in scathing editorials that scandalized White audiences and demanded federal anti-lynching legislation. Recall that Martin Luther King, Jr.’s “Letter from a Birmingham Jail” (1963) was addressed to White clergymen who worried that his direct nonviolent protest would bring about “hatred and violence” and wouldn’t contribute to the “resolution of our local problems.” King was undeterred. The “greatest stumbling block,” he wrote, was “the white moderate,” who preferred order and compromise over racial equality. That’s why King minced no words in a 1967 sermon when he demanded a living wage, affordable housing, and an end to anti-Black police violence. “Power at its best is love implementing the demands of justice, and justice at its best is love correcting everything that stands against love.”

These are King’s words that the Biden administration must heed. And they’ll need to be pushed by the progressive activists that have sprung up in the aftermath of the Black Lives Matter protests of 2020. The message needs to be loud and clear: Civility doesn’t work. Justice does.