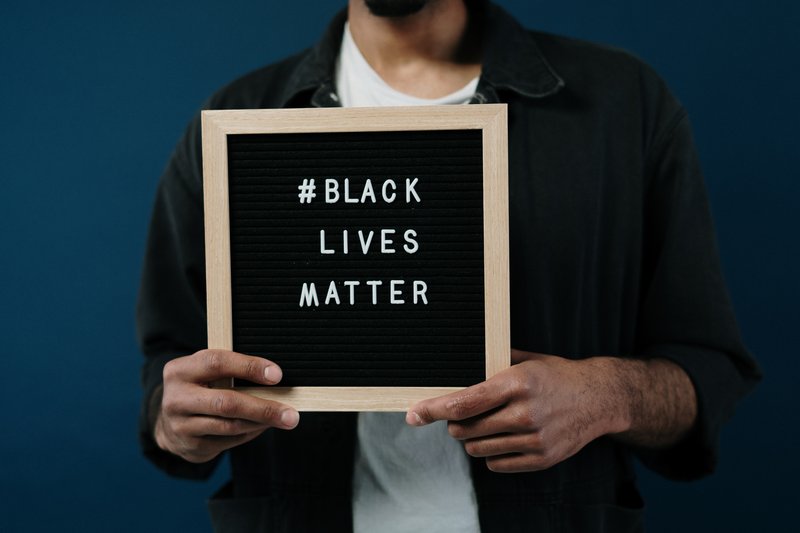 US corporations including Walmart, Nike and Sony Music pledged up to US$450 million for social and racial justice causes in the wake of the killing of George Floyd in Minneapolis.

The sudden outbreak of brand activism among major corporations in recent months is likely to be related to surveys which suggest consumers shift spending according to the political and social stands that businesses take. But this raises significant concerns in the wake of a longer pattern of philanthropy through foundations attached to American corporate wealth that has focused on racial equality and civil rights causes.

Black Lives Matter emerged in 2013 but gained national attention from 2016 as the effective face of the Movement for Black Lives. It has expanded to local chapters across the US, Canada and the UK. It has become the leading radical organisation for structural change to eradicate racial injustice and police brutality, reform criminal justice and protect voting rights. It has also led calls to defund the police, which have grown stronger since Floyd’s killing in May.

But as the historian Karen Ferguson argued in the wake of Ford’s donation, the foundation’s understanding of the roots of police violence differed strikingly from that of Black Lives Matter. She argues that Ford’s communication about its support actually sent a problematic “all lives matter” message.

Such grants from foundations established by large corporates fit into a longer history in which radical social movements have been co-opted and channelled into directions more acceptable to the political and economic status quo.

Research has shown that fear among corporate elites of radical organisations during the civil rights and black power movements of the 1960s led to an increase in corporate donations and foundation grants to more moderate black organisations, as well as federal spending on diversity programmes.

Some have argued that these elite-funded programmes actually tend to strengthen the US establishment and dampen radicalism. This happens through a shift from demands for structural reform to more incremental change within the existing political and economic framework. This is a way to bring the outsider into the system, and it limits the extent of change. Such programmes, it’s argued, co-opt some leaders by promoting them in the media, or among established political parties, or provide them with a perch in non-profit organisations. Key minority leaders become institutionalised and so operate from within establishment political structures – rather than from beyond them.

Research has shown how minority groups that integrate and assimilate into dominant, mainstream institutions lose more and more of their minority cultural characteristics and imbibe dominant cultural values and behaviours, limiting their reformist ambitions. This leaves the deeper sources of oppression within American society largely untouched. The reinterpretation of black power into policies backing black capitalism is an excellent example of this process.

Philanthropic foundations took an early interest in the “race question” in the years after the second world war. This was mainly due to the imperatives of cold war competition, and the anti-racist and anti-colonial appeal the the Soviet Union and China had for newly independent states in Asia and Africa.

But it was during the 1960s when the Ford Foundation, under the leadership of McGeorge Bundy, former national security adviser to presidents Kennedy and Johnson, addressed key issues affecting the African-American community. The foundation created programmes and donated money to civil rights and black power groups. However, these were seen by scholars and critics to be part of the liberal-elite plan to domesticate the more radical elements or marginalise the radicals by promoting and funding “moderates”.

Ford and other foundations, such as the Rockefeller Foundation, envisioned racial inequality as resolvable through the creation of a new African American and Latino elite. The plan was that this new elite would assimilate the values and align with the mainstream politics of dominant American liberal and conservative elites. They would then advocate change within the boundaries of a capitalist political economy and mainstream party politics. President Richard Nixon, therefore, promoted black capitalism as part of that broader strategy.

The fatal flaw, however, was that such a strategy would go on to improve the lives of only a small percentage of African Americans, leaving the majority behind. It also helped fuel a politics around blaming poorer African Americans as a way to explain their “failures”.

Yet, the assimilationist strategy’s greatest success was the presidency of Barack Obama, a mere half-century after the assassination of Martin Luther King. In a grim reminder of the myth of a “post-racial America”, the Black Lives Matter movement began life during Obama’s second term. This demonstrated both the successes of the assimilationst strategy and its shallow foundations. It has produced a black elite incorporated into the dominant political order. Yet, it has failed to eliminate the stigma of race, or to break down the political and class structures that still perpetuate racial inequality.

Ford’s backing for Black Lives Matter has drawn flak from the political right, who claim the foundation is funding what they argue is a radical leftist group. Yet, the liberal-capitalist credentials of the current president of the Ford Foundation, Darren Walker, an African-American, could hardly be more stark.

In a 2015 interview with Bloomberg, Walker upheld the need for solving inequality by improving capitalism, rather than challenging corporate power itself with an alternative system of government ownership or regulation. He was recently appointed to the board of a New York-listed payments company and on June 19, rang the bell at the New York Stock Exchange to mark the end of slavery in 1865. This indicates an attachment to the type of corporate capitalism that has been the driver of racial and class inequality in America.

The Black Lives Matter movement has certainly caught the public imagination. But history urges us to be cautious about the prospects of deep-seated radical change via movements whose finances are so closely tied up with America’s influential corporate foundations.