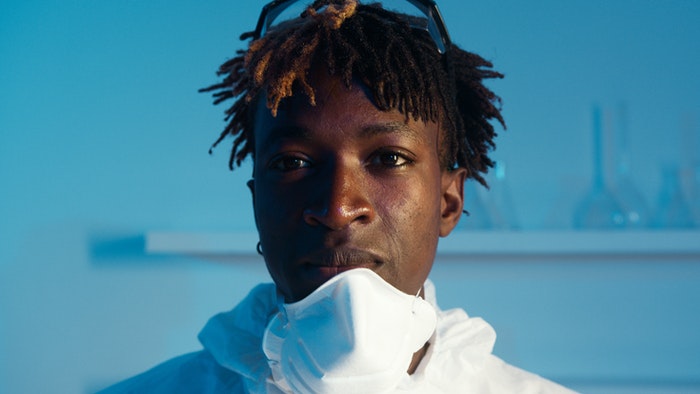 The Centers for Disease Control and Prevention has joined hundreds of cities and counties across the country in declaring racism a public health threat. On April 8, 2021, CDC Director Dr. Rochelle P. Walensky called racism an epidemic that affects “the entire health of our nation.”

Declaring racism a public health threat will create a sharper strategic and operational focus on understanding and combating racism. Walensky said the CDC will invest more in communities of color and will work to create more diversity within the CDC.

The agency will create a portal on the CDC site called “Racism and Health” to help provide resources and to educate people.

As a professor and founding dean of the Fairbanks School of Public Health at Indiana University, I agree drawing attention to the racial gaps in health care is an important step in addressing them.

Bringing up the rear

Acknowledging racism as a public health threat allows for the creation of workforce training programs in public health, medicine, nursing and other fields. It also may require all health-related professional training programs to include structural racism identification and implied bias and anti-racism strategies within the curriculum. This will put a sharper focus on the measurement of the factors that influence racism. Designating racism as a public health emergency can create institutional focus on actions taken to address this long-overlooked issue.

The U.S. pays more per capita for health care than any other industrialized nation in the world, but look at the health statistics and you’ll see the U.S. brings up the rear. Canada, Japan, Malta, New Zealand, Singapore and Switzerland do better. Among the industrialized countries, the U.S.‘s health system is currently ranked 37th in the world.

The reality is that health is a result of many factors. The most striking one has nothing to do with intelligence, diet or job status. Instead, it’s a person’s ZIP code. Where someone lives is the greatest predictor of health and life expectancy. A person’s ZIP code is also a good predictor of their race and ethnicity. Those things too have a major impact on how long someone lives and, maybe even more importantly, how well.

I live in Indiana. Here, a baby born today in a southern urban neighborhood will live 14 years less than another baby born in the northern suburbs, less than 20 miles away. How a nation protects the health of its children tells you an enormous amount about that society. In the U.S., our infant mortality – babies who die before their first birthday – is among the highest in the world, with the highest rates in the Midwestern and Southern states. And across the board, infant mortality affects Black communities at a rate higher than other races.

Higher risks across the board

If you are an African American mother in Indiana, your baby is three times more likely to die before its first birthday. Being born Black also means you’re twice as likely to suffer from high blood pressure and have a stroke. Black Americans are also more than five times as likely to serve prison time and will earn substantially less money than their white neighbors. And people of color are up to 10 times more likely to test positive for COVID-19.

Where you live, how much you earn, your access to transportation and your ability to shop at a supermarket in your neighborhood are all part of the social determinants of health, the most powerful predictor of how long and how well people live.

In the past century, U.S. life expectancy went up 30 years. New medicines or gadgets had little to do with it. Most of those extra years came because of the protection afforded by the public health system. That includes clean water, a food supply that’s safe and an improved environment.

Decades of discriminatory housing practices have burdened Black communities with poverty, substandard housing and environmental hazards. Unfortunately, most federally assisted housing is located in segregated areas at a greater risk of lead poisoning, exposure to air pollution or lack of access to healthy food.

Nearly 18% of the U.S. economy goes toward health care spending. That is many times the investment of many other countries that enjoy substantially better health – such countries as France, Italy, Singapore, Colombia, Saudi Arabia and Denmark.

Of the $3.8 trillion spent on health care, public health and prevention is allocated less than 3% of this gigantic budget. However, a 2018 report showed a 3-1 return on investment on public health funding.

Treating racism like the disease that the CDC says it is suggests boosting our investment in public health funding would be money well spent.