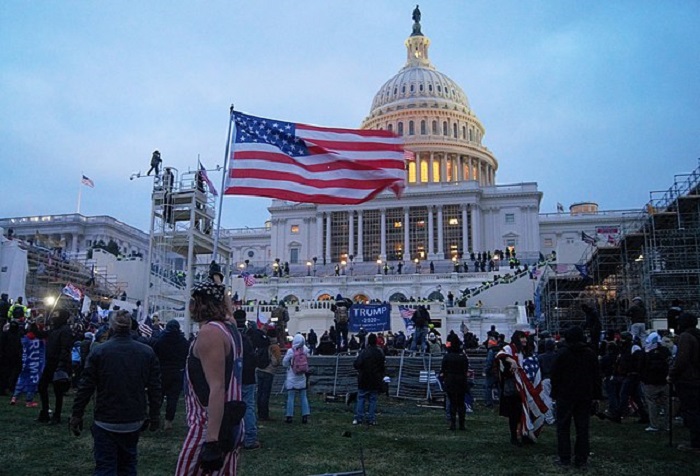 Some of the money used to organize the Jan. 6 pro-Trump “March to Save America” came from social welfare groups. One of them, Women for America First, notably obtained a permit from the National Park Service for the rally – which preceded an assault on the Capitol in which at least five people died. The Conversation U.S. asked nonprofit law scholar Ellen Aprill, who served in the Treasury Department’s Office of Tax Policy in the late 1980s, about possible ramifications for these nonprofits.

Social welfare groups, also known by the part of the tax code regulating them – section 501()(4) – “must operate primarily to further the common good and general welfare of the people of the community (such as by bringing about civic betterment and social improvements),” according to the Internal Revenue Service.

The IRS lets these groups and some other kinds of nonprofits fund boycotts, mass demonstrations and picket lines as long as the activities “are not illegal, contrary to a clearly defined and established public policy, or in conflict with express statutory restrictions.”

Could any nonprofits be held liable for what happened at the Capitol on Jan. 6?

There could be consequences for a group’s tax exemption.

Other IRS staff guidance warns that “illegal activity may be so serious that even an isolated incident would outweigh the organization’s other activities, and be a basis for revocation or denial of exemption, regardless of the nature and extent of its exempt activities.”

In addition to the violent behavior by rally participants that has already led to dozens of arrests and Trump’s second impeachment, nonprofits may face problems based on intelligence the FBI collected.

“Get violent. Stop calling this a march, or rally, or a protest,” a participant wrote during an online discussion before Jan. 6 – suggesting that organizers should have reconsidered holding the event. “Go there ready for war. We get our President or we die. NOTHING else will achieve this goal.”

Nonprofits could lose their tax-exempt status if it can be proved that they supported the efforts of people who intentionally aided the violent assault on the Capitol that followed the pro-Trump rally on Jan. 6.

It’s unclear whether the government might hold the leaders or funders of Women for America First, the group that obtained a rally permit, liable. Precedents for this kind of action are scant. Somewhat related litigation stemming from the 2017 Unite the Right rally in Charlottesville, where a counterprotester was murdered and many more were injured, is still pending. In that case, victims are suing groups that organized the events that brought violent white supremacists to the small Virginia city.

How likely are any consequences involving the IRS?

Democrats on the House Ways and Means committee, which has authority over IRS and Treasury Department operations, have urged tax administrators to probe whether any nonprofits have violated the law by supporting “an attack on the Capitol or any Federal or state persons or buildings.”

Even so, the nonprofits associated with the Jan. 6 pro-Trump rally may never experience any clear consequences. The IRS currently lacks the funds to consistently enforce tax laws in general, and that is especially true for laws applicable to tax-exempt organizations.

But other government authorities could also take action. That’s because state attorneys general have the responsibility and authority to probe and prosecute violations of their states’ nonprofit laws.

The California and New York state attorneys general have been particularly active in pursuing nonprofits that in practice don’t serve their public purpose.

This article has been updated with a statement from Democratic lawmakers.