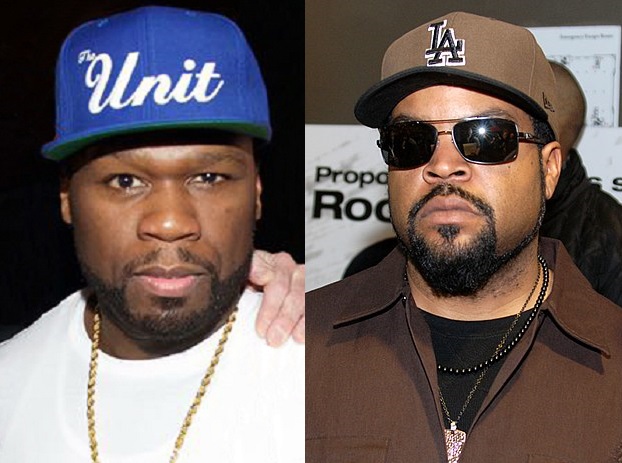 Will 50 Cent, Ice Cube Enable Trump’s Return To The White House? Not exactly

To judge by the brief, but furious, flurry of recent news and social media reports about the 2020 presidential campaign, the fate of the election may very well be decided by a previously undetected groundswell of support for President Donald Trump by young Black men.

In the closing days of the campaign, a pair of hip-hop artists – 50 Cent and Ice Cube – drew widespread political attention by expressing support for Trump or, at least, a willingness to work with him in a second term.

Specifically, 50 Cent – born Curtis James Jackson III – endorsed Trump’s reelection in a Twitter post, saying he feared Democratic presidential nominee Joe Biden would raise his taxes. “Yeah, I don’t want to be 20cent,” he wrote, noting that higher taxes on the rich “is a very, very, bad idea. I don’t like it.”

For his part, Ice Cube – born O’Shea Jackson – didn’t exactly endorse Trump. He acknowledged in interviews that he had talked with Trump campaign officials about their interest in his Contract with Black America. Ice Cube revealed his 13-point contract in July as a response to the public protests following the killing of George Floyd, describing it as “a blueprint to achieve racial economic justice” with proposals addressing financial, police, criminal justice and education reforms.

By entertaining a conversation with the campaign concerning his proposals, Ice Cube provided the opening for an adviser to the president’s re-election campaign to tweet that the rapper was on board with Team Trump, overstating the reality of the situation.

As a scholar who studies the intersection of race, public policy, elections, media and popular culture, I know more than enough about this subject to say authoritatively that 50 Cent and Ice Cube represent neither widespread Black political thought, nor a hidden pocket of pro-Trump activism among Black men.

Quite the contrary. They are outliers within the larger Black voting community – which includes young Black men – and they are unlikely to sway a considerable number of Black voters away from the Democratic candidate in the November 3 election.

In a study conducted earlier this summer with colleagues at American University’s Center for Congressional and Presidential Studies and School of Communications, we found that Trump is exceedingly unpopular among Black Americans.

For example, among all of the 1,215 Black American respondents surveyed during early July in six key swing states (Wisconsin, Michigan, Pennsylvania, North Carolina, Georgia and Florida), only 7% said they intended to vote for Trump and 66% said they planned to vote for Biden.

Our findings are consistent with historical Black voting patterns. Indeed, since the civil rights movement of the late 1960s, Republican presidential candidates have reaped no more than 13% of the African American vote.

According to figures collected and analyzed by the Pew Research Center, Trump collected 8% of the votes cast by Black Americans in 2016, which was slightly better than the 6% that went to GOP nominee Mitt Romney in 2012.

And according to a new CBS-BET poll released on October 25, only 8% of likely voters who are Black say they will vote for Trump. Yet, according to the CBS News report on the poll, “Half of Black seniors say they’re supporting Biden mainly because they like him, but that (support) drops to 28% among Black Biden voters under 30.”

Rather than a wholesale swing of voter support to Trump or the GOP following 50 Cent and Ice Cube, our research suggests many younger African Americans – with millenial-aged Black men leading the way – are so disillusioned by politics, they may opt out of participating in the election at all.

Many Black Americans who are first-timers or relatively new to voting told us in focus group settings that they don’t see the point of choosing between the lesser of two evils.

Unlike their parents and grandparents who lived through racial segregation, the civil rights movement and a radical, racial transformation of American society, young Black people who have come of age in the past 30 years told us in focus groups that they have little to nothing that they can cite as examples of progress that can be attributed directly to politics – or voting.

To be sure, much of what they’ve experienced in their lifetimes has been the negative consequences of political stalemate in Washington, persistent economic inequality, widening health disparities afflicting their communities, and crushing student loan debt that makes building wealth with the purchase of a home and establishment of savings almost impossible. And perhaps most deadly and dramatic are the resurgent waves of racism and police violence directed at them and their loved ones.

Little wonder, therefore, that some Black men – especially those who desperately want to engage in politics to improve conditions for themselves and their communities – might seek alternatives to the status quo of politics. It is into that chasm of despair and disillusionment that the Trump campaign seems to be seeking a foothold by making it appear that young Black men are falling in formation with its campaign.

Nothing could be further from the truth. Or as the rappers like to say: Don’t believe the hype.

This story has been updated to correct that George Floyd was killed while in police custody.

Published in On The Record and Politics