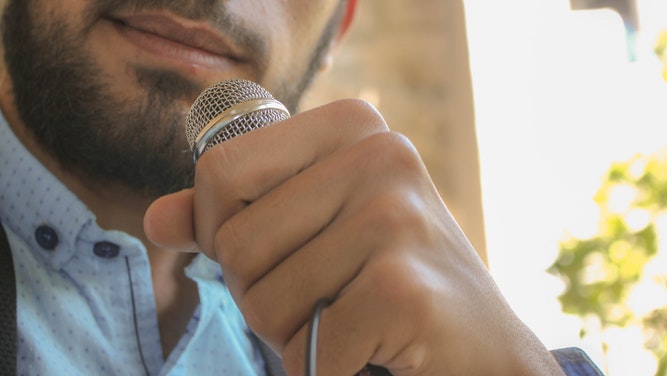 Rapper Darrell Caldwell, better known to fans as Drakeo the Ruler, was on his way to stardom. Hailed as one of the most original rappers to emerge from Los Angeles in a generation, he had garnered hundreds of thousands of followers on Instagram, tens of millions of views on YouTube and the attention of media outlets like SPIN, The Washington Post and The Los Angeles Times.

Now he’s on trial for his life, and prosecutors are planning to do what they’ve done to hundreds of other accused hip-hop artists: Use his own lyrics as evidence against him.

Because my research centers on African American literary and musical traditions – with a particular emphasis on hip-hop culture – I was asked by the defense to testify as an expert witness in Drakeo’s first trial.

This is work I’m called to do quite regularly. My best guess is that I’ve consulted on over 60 cases in which prosecutors have used rap lyrics or videos as evidence of guilt. In addition, my research with University of Georgia law professor Andrea Dennis has uncovered more than 500 instances in which prosecutors have used this strategy, a number we’re certain is just the tip of the iceberg.

As an expert witness, my job is to correct the prosecutors’ characterizations of rap music. They routinely ignore the fact that rap is a form of artistic expression – with stage names, an emphasis on figurative language and hyperbolic rhetoric – and instead present rap as autobiographical.

In effect, they ask jurors to suspend the distinction between author and narrator, reality and fiction, and to read rap lyrics as literal confessions of guilt.

No other art form is exploited like this in court. And yet it’s an effective strategy precisely because it taps into stereotypes about rap music and the young men of color who are its primary creators.

To recap Drakeo’s legal drama: Last year, he was charged and tried in connection with a shooting at a party that resulted in the death of a 24-year-old man named Davion Gregory.

According to prosecutors, the shooting was botched. Drakeo, they claimed, had ordered the shooter to kill a different person – a musical rival who raps as RJ.

Their evidence was flimsy. RJ wasn’t even at the party, and there’s no evidence he and Drakeo ever had violent confrontations. In fact, RJ has repeatedly said that he doesn’t believe he was ever targeted by Drakeo. One of the district attorney’s own witnesses also said Drakeo didn’t know the shooting was going to happen.

So to bolster their case, prosecutors focused on Drakeo’s music. At one point, for example, they cited a line from his song “Flex Freestyle,” in which he raps, “I’m ridin’ round town with a Tommy gun and a Jag / And you can disregard the yelling, RJ tied up in the back.”

The line was fictional; nobody claims that RJ was ever tied up in the back of Drakeo’s car. Nevertheless, prosecutors wanted the jury to believe that the lyrics were actual reflections of Caldwell’s desire to harm an industry rival.

Despite the prosecution’s efforts to use Drakeo’s music against him, it didn’t work: In July 2019, the jury acquitted Drakeo of most counts, including the multiple counts of murder.

Nonetheless, prosecutors are taking the unusual step of retrying Drakeo on a charge on which the jury deadlocked the first time around: criminal gang conspiracy.

If convicted, he faces life in prison.

He didn’t Doo it

For years, police departments across the country have surveilled and harassed rap artists; even today, they routinely deny these artists access to performance venues, arguing they’re a threat to public safety.

Meanwhile, the use of rap lyrics as evidence has exploded.

In 2014, for instance, San Diego prosecutors charged Brandon Duncan, who raps as Tiny Doo, with criminal gang conspiracy in connection with a series of shootings that took place in San Diego in 2013 and 2014. Nobody argued that Duncan participated in or even knew about the shootings. Nor was he in a gang.

But citing the same law now being used against Drakeo, prosecutors said his violent rap lyrics promoted gang violence – and that Duncan benefited from that violence in the form of enhanced “street cred.” So for crimes that everyone agrees Duncan didn’t commit or know about, prosecutors sought to put him away for 25 years to life. He sat in jail for more than seven months before a judge finally threw out the charges against him. Duncan later filed a lawsuit for wrongful arrest in the case, and just last month he settled with the city of San Diego for over US$700,000.

Duncan was far more fortunate than most young men who have their lyrics weaponized against them in court. The vast majority of the cases we’ve found end in conviction, often with lengthy sentences.

The question is not whether these young men committed the crimes they were convicted of. The question is whether they received a fair trial from an unbiased jury. When rap lyrics are introduced as evidence, that becomes highly dubious.

There’s a rhyme and a reason

Introducing rap lyrics can be highly effective for prosecutors because it allows them to draw on stereotypes about young black and Latino men as violent, hypersexual and dangerous. In front of a jury, that can foment prejudice.

Not only have I seen this firsthand, but there is also empirical evidence that reveals just how prejudicial rap lyrics can be. For example, in the late 1990s, psychologist Stuart Fischoff conducted a study to measure the effect of explicit rap lyrics on juries.

Participants were given basic biographical information about a hypothetical 18-year-old black male, but only some were shown a set of his violent, sexually explicit rap lyrics. Those who read the lyrics were significantly more likely to believe the man was capable of committing a murder than those who did not.

In a study conducted by social psychologist Carrie Fried, participants were given a set of violent lyrics without any indication of the artist or musical genre. In reality they were from the 1960 song “Bad Man’s Blunder” by the folk group Kingston Trio. Researchers told one group of participants that the lyrics were from a country song, and told the other group that they came from a rap song. In the end, participants who believed the lyrics came from a rap song were significantly more likely to view them as dangerous, offensive and in need of regulation. It’s worth noting that Fried’s study was replicated in 2016, with similar findings.

These studies – and others – highlight the enduring racial stereotypes that inform people’s perceptions of rap music. They also help explain an obvious double standard at work, one that the Supreme Court of New Jersey laid bare in a 2014 opinion that denounced the use of rap lyrics as evidence:

“One would not presume that Bob Marley, who wrote the well-known song ‘I Shot the Sheriff,’ actually shot a sheriff, or that Edgar Allan Poe buried a man beneath his floorboards, as depicted in his short story ‘The Tell–Tale Heart,’ simply because of their respective artistic endeavors on those subjects. Defendant’s lyrics should receive no different treatment.”

Unfortunately, however, they do receive different treatment, even as rap has emerged as one of the world’s most popular and influential genres.

It has also grown into a multi-billion-dollar industry, one that offers a chance at upward mobility, particularly in communities where such opportunities are desperately hard to come by.

Criminalizing it is cruel, unjust and silences some of the people most in need of a voice.