Tyree Colion, a rapper and ex-gang member, risks his life setting up No Shoot Zones in communities with record murders.

Late on a Sunday evening in July 2017, rapper and former gang member Tyree Colion was stabbed in the neck in East Baltimore.

Bleeding, the 42-year old pressed a t-shirt into his wound with one hand and launched a Facebook Live broadcast with the other. He turned the camera on himself.

“I’m losing too much blood,” he said, gasping for air.

In the background, his female companion could be heard screaming for help, pleading with him to “hold on”.

“Yo if I die, keep pushing them zones,” he said, before falling onto the pavement and losing consciousness.

Several thousand Facebook subscribers who were tuned in knew the “zones” Colion was talking about. But for Tracy Cox, a paramedic from West Baltimore who happened to be watching online, it was her first exposure to the concept.

“All I could think was, ‘Oh my God, I just watched somebody die,'” she told Al Jazeera. “It really took me aback.”

Minutes before the stabbing, he had been walking the streets of one of the US’s most dangerous cities, talking to residents about creating “No Shoot Zones”, his initiative to take Baltimore’s streets back from gun violence.

A week after the knife attack, from the Intensive Care Unit at John’s Hopkins Hospital, Colion, whose given name is Tyree Moorehead, once again fired up Facebook Live.

By now, Cox was actively following his quest to restore Baltimore to a place where residents could safely sit on their stoops and mow their lawns and where children could play without fear of being shot.

“He had a trach [tube] in his throat, and he tried to talk but couldn’t,” Cox said. “He just looked into the camera and was speaking to us with his eyes – as if he was saying, ‘Thank God I’m alive’ and ‘I’m here for a reason.'” Restoring safety to Baltimore’s mostly African American residents was reason enough.

By the end of 2017, homicides had soared to the highest levels of any major American city per capita and Baltimore recorded 344 killings, most of them shootings.

“What came in my heart was seeing so many elders and females crying and scared,” he told Al Jazeera. “The streets were empty. I’m talking about neighbourhoods that had people in them. People weren’t even going to work.”

Another reason was residents’ eroded trust in the police.

In April 2015, that trust hit a low point when a 25-year-old black man, Freddie Gray, died from a crushed spinal chord while in police custody.

Following Gray’s funeral, Baltimore protested and the National Guard was called in to quell a week of rioting, sporadic looting and arson.

It had been less than a year since similar riots erupted in the St Louis suburb of Ferguson, Missouri after a policeman shot and killed an unarmed black teenager, Michael Brown.

As in Ferguson, police actions in Baltimore were increasingly met by scores of people training their mobile phones on officers and posting the videos to social media. Known as the “Ferguson effect“, this intensified already fraught relations between police and residents and led some police departments, like Baltimore’s, to pull out of the most volatile neighbourhoods.

As he saw the riots being played out on national TV, he decided to do something.

“It was like a puzzle that just dropped out of the sky,” he said. “I thought about California having no gun zones. You get caught in Hollywood with a gun and you get an inflated sentence, so people are thinking ‘man, I’m not going up there with no guns.’ But these laws are made for people from out of town, movie stars and sh**. My idea was for people to enforce the zones on their own.”

Colion was up against a steep challenge in neighbourhoods suffering from the compound effects of inter-generational job, education and income inequality as well as the drug and alcohol abuse that has fuelled much of the violence. Baltimore had become an emblem for the challenges facing African Americans.

Armed with a vision, a knife for self-defence and a can of spray paint to demarcate the No Shoot Zones, Colion began talking to residents, community leaders, children and gang members. As someone who had served 15 years in prison for gang-related murder, people listened.

“I go out there in the gang members’ face and say what it is,” Colion told Al Jazeera Rewind in an update of the 2012 Fault Lines documentary, Baltimore: Anatomy of an American City. “I say ‘if you really run it, these are what areas not to shoot in. You decide what areas have suffered enough.'”

Block by block, Colion walked Baltimore’s streets, engaging residents in parks, playgrounds and corner shops, filming his interactions on Facebook Live. To get buy-in for the No Shoot Zones, he spoke with families and community elders, gang members and children at risk of being conscripted into gangs.

Today, Colion has about 15 people helping him to implement, keep records on and manage community activities for the zones.

Colion has expanded his model to other cities and has worked with gang bosses, local celebrities and residents in New York, Chicago, Washington, DC, Houston and Philadelphia to create an additional 11 No Shoot Zones, bringing the total to 117.

As homicides in cities like Baltimore, Chicago and St Louis had been rising, they were dropping in major cities across the US – from New York to Miami to Los Angeles.

So far in 2018, homicides in Baltimore have been down every month except April – but social scientists warn that it’s too early to say why, or to establish a link between the lower numbers and resident initiatives like Colion’s, or city programmes like Safe Streets, a Baltimore health department initiative where gangsters-turned-social workers canvas the city, looking to link at-risk individuals with social services and to defuse tense situations before they turn violent.

In his 2018 book, An Uneasy Peace, The Great Crime Decline, the Renewal of City Life, and the Next War on Violence, he presents studies of neighbourhoods where residents have played a role in helping to restore safety and quality of life to their communities.

“When we think of how to deal with a surge in violent crime in some cities,” he told Al Jazeera, “the default response is to look to the police and the criminal justice system. But when organisations are established by citizens to reduce violence, often they are effective.”

Bucking the trend of violence, “residents and community leaders began to mobilise,” Sharkey wrote in a January 2018 Los Angeles Times column. “They took public parks back from drug dealers, created safe spaces for young people and provided services to addicts and former inmates.”

But while some Baltimore neighbourhoods have focused on urban renewal, most have been caught in a dynamic where gangs and law enforcement have dominated public spaces. Residents lived in constant fear of being shot.

“The police can focus on violent offenders in key spaces,” Sharkey told Al Jazeera, “but the idea is to shift from a model where they’re expected to dominate that space and control violence on their own. In cities like New York, there was a recognition of the need for a new model, but in other cities, that didn’t happen.”

While New York and Los Angeles were setting the model for community policing, and building trust with residents, cities like St Louis, Chicago and Baltimore were grappling with police brutality and frayed relationships with the communities they were meant to protect.

Following the death of Freddie Gray, and the ensuing riots, the Baltimore Police Department went into disarray, beset by internal division, allegations of incompetence and corruption scandals.

The city is on its fourth police commissioner since 2015 and, two years after the riots, all six police officers who had been accused in the arrest and death of Freddie Gray were cleared of charges, given internal discipline and allowed to return to work.

Two months after the knife attack that nearly took his life, Colion was back on the streets, pushing the “zones”.

Tracy Cox, the paramedic, and her husband arranged to meet Colion. He was accompanied by his parole officer, a requirement following his arrest on vandalism charges for spray painting “No Shoot Zone” on Baltimore city streets and abandoned buildings.

“He showed me his logbooks, with the zones detailed and his expenses meticulously mapped out,” she recalls.

“He’d received $460 for a Christmas toy drive for kids in the No Shoot Zones. I suggested he use some of the money to pay his parole fine but he said, ‘That’s not what the money is used for.’ I respected him one hundred percent for that. From then, on I became a strong member of the No Shoot Zones.”

A mother of three, Cox said she supports the zones because she wants a better future for her children. She wants them to be able to sit on their front steps “and not worry about getting their heads blown off.”

“In 2009, my brother was kidnapped and murdered,” she explains. “There’s not one person in Baltimore who hasn’t felt the sting of gun violence.”

Cox and her husband joined Colion on a number of his walks.

“The first No Shoot Zone was created on Lafayette and Monroe,” she says, “the heart of West Baltimore. The dealers don’t hang in the No Shoot Zone. The kids can play without being shot. I ride through there every day and it’s quiet. At night it’s like a deserted neighbourhood.

“People have tried different things, but the only thing that’s working right now is the No Shoot Zones, Cox said. “We have more and more people in the city, and even in other cities, who are asking for No Shoot Zones, because they actually work.”

Before Labor Day, Colion was preparing a No Shoot Zone celebratory cook-out, one of many picnics he’s held on a rolling basis to give communities a chance to celebrate the absence of shootings.

“I feel like our people are gonna win. I feel like ain’t nobody gonna feel like shootin’ today, you feel me? I got $200 in my pocket, I’m going out to have NSZ t-shirts made up,” Colion told Al Jazeera. “We’ve got toys for the kids to play with … there’ll be sparring and games. Guaranteed not to get shot. In Baltimore, we’re known for people getting shot up. [The cook-outs are] like a reward system.”

“We’ve given more than 50 cook-outs and there’s never been a problem. At some point, you can’t say that’s luck.” 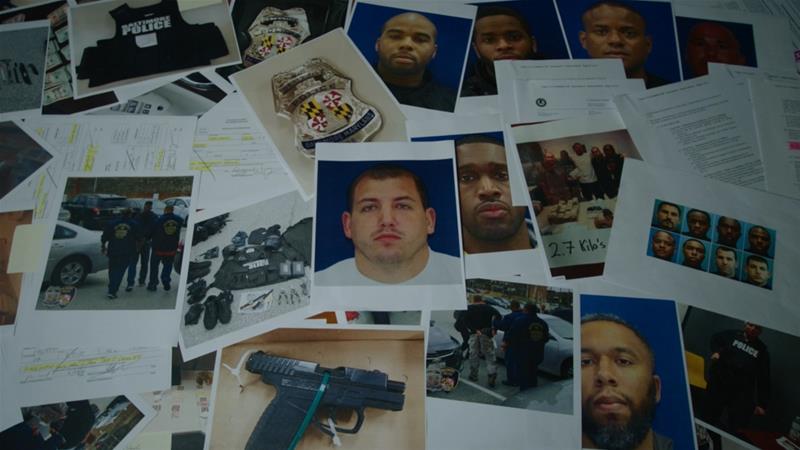 The Gang Within: A Baltimore Police Scandal 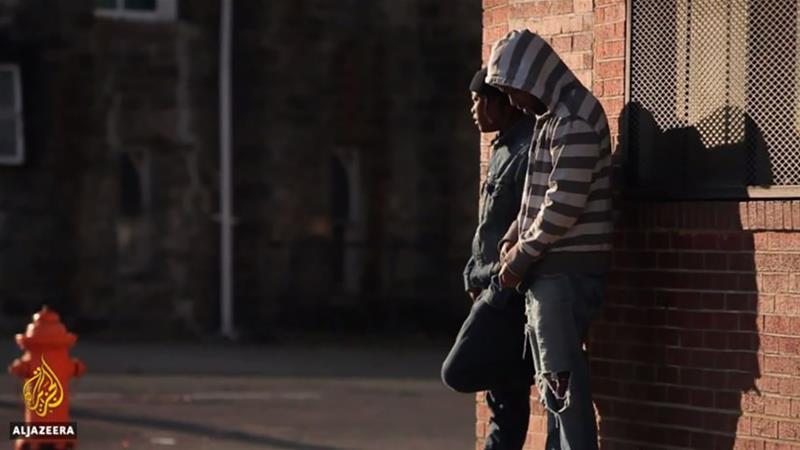 Race, Crime and Despair in Baltimore: Anatomy of an American City 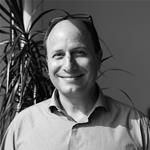