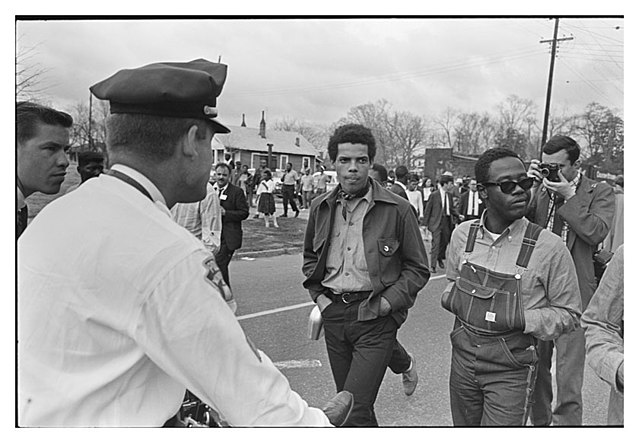 April 15, 2020 marks 60 years since the founding of the Student Nonviolent Coordinating Committee, perhaps better known as SNCC, and usually pronounced as “snick.” SNCC became one of the most important organizations to engage in grassroots organizing during the modern civil rights movement and radically transformed youth culture during the decade. Jelani Favors, an associate professor of history and author of a book on how historically black colleges and universities ushered in a new era of activism and leadership, discusses SNCC’s legacy and what lessons it can offer today’s activists.

What role did SNCC play in the civil rights movement?

The founding of SNCC in April 1960 represented an important paradigm shift within the modern civil rights movement. SNCC encouraged black youth to defiantly enter spaces that they had been told to avoid all of their lives. The founding in 1960 resulted in a wave of SNCC activists being sent into the most hostile environments to register voters and mobilize African Americans for change. In doing so, SNCC ushered in the direct action phase of the movement.

Previous generations of activists had embraced lawsuits, such as the 1944 Smith v. Allwright against racial discrimination in voting, and the 1954 Brown v. Board of Education case against racial segregation in public schools. Previous generations also embraced non-direct protest tactics, such as boycotts, to bring slow change. But the sit-ins – popularized by black college students who would later form SNCC – placed black bodies on the line in ways that other tactics had not. They clogged “five and dime” stores across the South, effectively shutting them down, dramatizing the movement for black liberation as the entire world looked on through television and media coverage.

Black youth courageously courted the danger that often accompanied breaking the color line in the racially segregated South. Their actions resulted in violent clashes that fully displayed the immorality of white segregationists and simultaneously captured the nobility and courage of black youth. Perhaps most importantly, SNCC radically transformed youth culture in America. The organization took a generation of youth that Time magazine had previously labeled in 1951 as the “silent generation,” and ushered in a decade – the 1960s – that would be widely characterized and defined by the militancy and dissent of young Americans.

How did historically black colleges and universities help form SNCC and its agenda?

Black colleges served as the incubators for this militancy. For generations, historically black colleges and universities – also known as HBCUs – exposed students to a “second curriculum” that was defined by race consciousness, idealism and cultural nationalism. These concepts not only blunted the toxic effects of white supremacy, but they also empowered youth and deliberately fitted them with a mission to serve as change agents within their respective communities and professional fields. It was not happenstance that the origins of SNCC were rooted within the crucial intellectual and social spaces that were carved out within HBCUs.

The overwhelming majority of students who convened in Raleigh, North Carolina, on April 15, 1960 were from southern black colleges where the sit-ins had unfolded. And it was also no mistake that they met at Shaw University, an HBCU located in Raleigh. After all, the woman who had the vision to bring those students together – Ella Baker – was a 1927 graduate of Shaw.

For generations, black college alumni like Baker worked within religious institutions, civil rights organizations, labor unions and special interests groups. Their work within these spaces was largely informed by the “second curriculum” they had been exposed to as HBCU students. SNCC was therefore part of a long tradition of radicalism that was cultivated and produced within black colleges. This exposure equipped them with the necessary intellectual and political tools they would use to take on white supremacy and Jim Crow – the system of legalized segregation in the South.

SNCC had a relatively short lifespan compared to other civil rights organizations. By the end of the decade their operations were defunct. Much of this was due to both external and internal pressures. Nevertheless, SNCC distinguished itself as “the most powerful energy machine” for the freedom struggle. I argue that SNCC was the most important and effective civil rights organization of the 1960s.

Unlike most other organizations, SNCC eschewed “top-down” operations that fostered elitism and “helicopter” tactics in which organizers would swoop in to inspire local folks and then leave them to manage local struggles on their own. SNCC’s objectives were completely opposite. They entered into the most dangerous, racially hostile and violent regions of the country, such as Albany, Georgia, the Delta region of Mississippi, and Lowndes County, Alabama. Once there, they set up operations that listened to and empowered local people, such as Fannie Lou Hamer, Amzie Moore, Unita Blackwell and countless others.

The relationship between SNCC and local people was reciprocal. SNCC activists learned and lived among the black proletariat – sharecroppers, farmers and day laborers. These people’s wisdom, shrewdness and practical knowledge of how to survive and navigate the worst of the Jim Crow South proved invaluable as SNCC took the fight for black liberation into the rural communities and remote areas of the South. Their blueprint became the template for local organizing for the Black Power Movement and beyond. Perhaps most importantly, their actions played a crucial role in expanding the ballot to millions of Americans who had been marginalized by racist policies and violence.

What lessons can today’s student activists learn from SNCC?

Both SNCC’s victories and defeats are very informative on the history of black social movements. Internal debates are both necessary and healthy for activist organizations. However, by 1964 SNCC’s ability to function as a cohesive unit was under serious threat. Disagreements concerning the infusion of young white activists in the organization and field operations, arguments concerning the use of non-violence as a tactic, and debate over other competing ideological tenets, such as Marxism and Black Nationalism, greatly impaired the organization’s ability to keep a unified front.

Perhaps most challenging were the external threats to SNCC’s existence. The potency of SNCC drew the attention of federal and state agencies that wanted to curb its influence and power. SNCC activists were constantly under surveillance. They lived their lives under the looming shadow of intimidation from law enforcement and the threat of being infiltrated. Today’s student activists can and should be wary of arguments that are unproductive and those who seek to derail their organizations with their own toxic agendas.

In spite of these challenges, SNCC presented a model that empowered local communities and radically transformed American democracy. By listening to and learning from aggrieved populations and empowering local folks to carry out their own agendas, today’s student activists can extend the radical tradition established by SNCC.