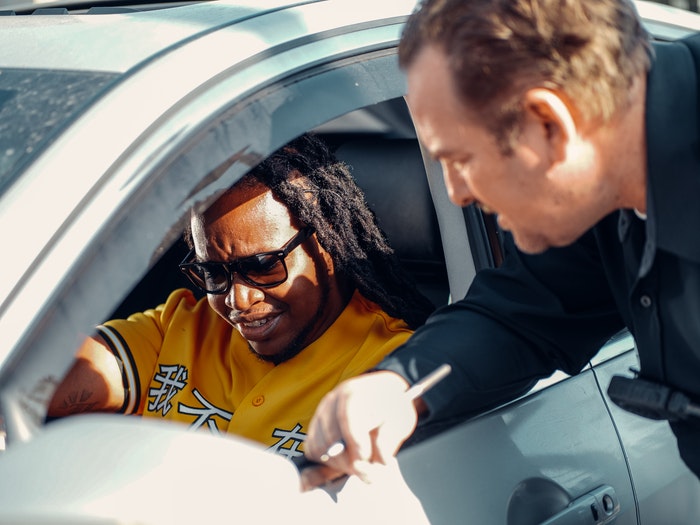 Imagine being unable to pay a US$50 traffic ticket and, as a result, facing mounting fees so high that even after paying hundreds, maybe thousands, of dollars toward your debt you still owe money.

Imagine being fired from your job because you’ve been forced to use unreliable public transportation instead of your car.

And imagine going to jail several times because, even though your license is suspended, you had to drive to work.

These are some of the situations facing millions of Americans who were unable to pay fines – and whose lives were turned into a nightmare by overly punitive policies in response.

And these policies have an outsize, and damaging, impact on Black Americans, according to our research.

Most cities and states have policies that allow them to suspend a driver’s license for nonpayment of fines and fees, most commonly traffic fines.

These policies are so popular that judges have described them as “the most valuable tool available to the municipal courts for inducing payment on past due accounts.”

Studying the effects of these policies can be difficult because there is no uniform national reporting of crime statistics.

Anecdotal evidence suggests that failure to pay fines – not dangerous driving – is the most common reason for driver’s license suspensions in the United States.

And research indicates that these burdens are primarily borne by low-income people and people of color.

As a public affairs scholar who has written extensively about labor markets and criminal justice systems, I’ve conducted research with Joanna Carroll supports these conclusions.

But it also illuminates a previously unknown racial inequality of the policy.

Our research suggests that, by appearing on the driver’s record, license suspensions increase the probability that Black – but not white – drivers incur more traffic tickets. Even after the debt is paid and the license regained, these suspensions continue to harm drivers, and these harms exclusively affect Black drivers.

This shows that suspensions don’t just trap people in a cycle of mounting debt but also a cycle of negative interactions with the criminal justice system.

We studied a sample of over 2,000 drivers who received traffic tickets in Marion County, Indiana, home to Indianapolis, between 2011 and 2016.

In that county, if a driver fails to pay or contest a ticket within 72 days, their license is automatically suspended. This means that judges and other members of the justice system cannot choose who receives a suspension.

Every driver in our sample paid their ticket in the days surrounding the payment deadline.

Moreover, regardless of race, following the suspension, drivers with larger fines are less likely to receive another ticket, suggesting that all drivers drive more cautiously after getting a suspension, likely to reduce the probability of receiving another ticket. This is consistent with previous studies on the effects of traffic policies, which show traffic enforcement leads to safer driving.

We believe the most convincing explanation for our findings is that driving “better” to avoid being pulled over is an ineffective strategy for Black drivers, who are more likely to have an encounter with police regardless of how they drive.

This interpretation is consistent with studies showing Black people are more likely to be pulled over without cause. After pulling over a Black driver, the police officer discovers the prior failure-to-pay suspension and becomes more likely to issue a ticket.

This sequence of events does not occur when the driver is white because white drivers are able to minimize the chance of being pulled over by changing their driving behavior.

Our research is the first to study failure-to-pay suspensions in the United States, and it’s the first to demonstrate that they exert disproportionate harm on Black drivers.

This evidence could prove relevant to policymakers in states across the county who are currently debating discontinuing license suspension for nonpayment of legal debts.

Dr. Joanna Carroll co-authored this research while she was at Indiana University. She currently works at the Government Accountability Office.