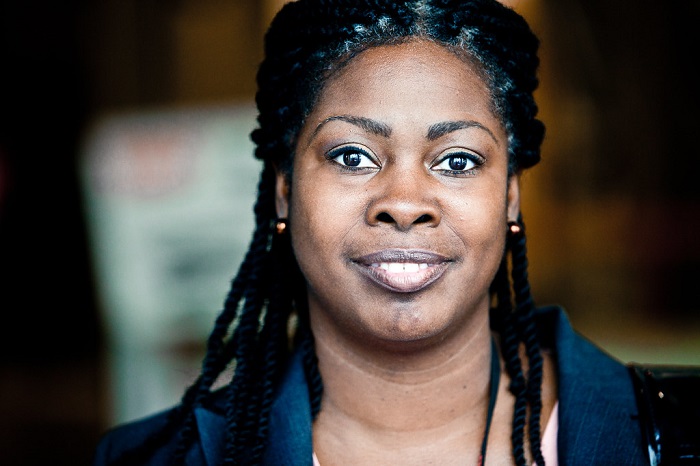 Heading Back To The Battlefield Is Black Voters Matter

Black Voters Matter is leading a coalition of national civil rights and grassroots groups on the Freedom Ride for Voting Rights starting Saturday.

Since helping to deliver Democratic victories in November and January, largely on the backs of Black voters, LaTosha Brown has barely had time to catch her breath.

Normally after an election, people have the space to decompress, to really get ready for the next fight, explains Brown, co-founder of Black Voters Matter. But Brown and many of her sister Black women organizers say nothing about this moment in American politics is normal.

“We haven’t had a break in four years,” she said. “Instead, it intensified. We have been fighting nonstop, because we are in extraordinary circumstances. This isn’t just a policy fight. We are fighting a culture of oppression.”

And the activists are heading back to the battlefield. As state legislatures pass restrictive laws aimed at blocking many of the same voters who turned out in record numbers last fall from the ballot box, and as partisan gridlock has stalled federal legislation to counter such measures, they are calling for the Democrats they helped elect to stay in the fight.

Starting Saturday, Black Voters Matter is leading a coalition of national civil rights and grassroots groups on the Freedom Ride for Voting Rights. An internal and external strategy on voting rights — building a coalition on the ground, in state capitols and in Congress — is necessary before progress can be made on any of the other priorities many Black voters want, said Melanie Campbell, founder of the Black Women’s Roundtable.

“You have people who believe they have to win at the cost of others,” said Campbell, whose organization was among the civil rights groups that recently met with Sen. Joe Manchin on voting rights and will be participating in the Freedom Ride for Voting Rights. “Everybody’s got to do something, which is why we’re weighing in.”

The tour launches on Juneteenth in Jackson, Mississippi, and will make stops across the Deep South in a week where the past and present around voting rights will collide.

Brown said that particularly after two Senate elections in Georgia, where Democrats flipped the state from red to blue for the first time in a generation, delivering for the party the narrowest of margins in the Senate, voting rights advocates expect politicians to show up.

Vice President Kamala Harris is expected to lead the charge. Already having stepped up to address the root causes of vaccine hesitancy this month, Harris volunteered for the task of pushing back against GOP efforts to curb voting access and educating Americans about the threat of voter suppression and the importance of voting.

Senior administration officials said Wednesday that the issue is “deeply personal” for Harris, who points to civil rights lawyers like Thurgood Marshall and Constance Baker Motley as personal heroes and who pushed for voting legislation as the lone Black woman in the Senate. Harris marched with the late Georgia Rep. John Lewis in Selma, Alabama, to mark the anniversary of Bloody Sunday and credits the Voting Rights Act of 1965 as paving the way for her historic vice presidency.

This week, her roles on vaccines and voting have dovetailed with stops in Greenville, South Carolina, and Atlanta — in some cases, addressing the same audience with calls to action — where she is meeting with voting rights groups and visiting vaccination sites. On Wednesday, Harris welcomed to the White House the Texas Democrats who have held off a state Senate bill that includes numerous voting restrictions.

Nse Ufot, chief executive officer of the New Georgia Project, is among the local leaders expected to meet with Harris on Friday in Atlanta. Her message to the vice president: “We have her back.”

The upcoming eight-city bus tour coincides with the 60th anniversary of the Freedom Rides, when young activists attempted to desegregate the interstate public bus system in 1961. Monday marks the anniversary of the murders of Andrew Goodman, James Chaney and Michael Schwerner, the three civil rights workers who were murdered while trying to register voters in Mississippi in 1964.

The Senate is set to vote next week on the For the People Act — the bill lacks support from Republicans and Manchin, who, along with fellow Democratic Sen. Kyrsten Sinema of Arizona, does not believe Democrats should change the Senate’s filibuster rules in order to usher it through. The tour is expected to stop in Manchin’s home state of West Virginia on Thursday.

Ufot said she plans to be in Charleston “to highlight the fact that their current elected leaders of both parties are completely out of touch with the priorities of West Virginia voters and their families.”

The state’s other senator, Shelley Moore Capito, is a Republican. She recently tweeted that the proposal “attempts to fix problems that do not exist.” Manchin, who recently penned an op-ed stating that he remained committed to the filibuster process and would not vote for the For the People Act as proposed by Democrats, has drawn the most ire from activists.

“We are going to West Virginia to turn all the way up to combat Manchin’s misinformation campaign and show America that we are standing with the West Virginians who want to see the For the People Act become the law of the land,” Ufot said.

The tour ends in Washington, D.C., on Saturday, where activists will gather on the Supreme Court steps on the day after the eighth anniversary of the Shelby v. Holder decision, which gutted Section 5 of the Voting Rights Act that required states with a history of disenfranchising Black voters to seek Justice Department approval before changing voting rules.

“This one week is just a reminder of everything that is at stake,”  Brown said.

“We didn’t ask for Juneteenth,” she added, referring to the legislation signed into law Thursday by President Joe Biden. It makes the Texas holiday marking the belated end of the Civil War for enslaved Black people in the state on June 19, 1865 a national one. “What we have asked for is to have our democratic rights protected.”

Correction: An earlier version of this article mischaracterized Sens. Joe Manchin and Kyrsten Sinema’s support of the For the People Act.