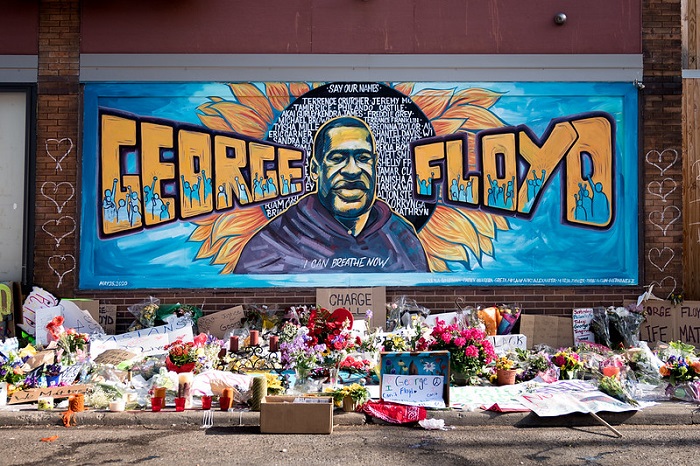 How Far Has The Black Lives Matter Movement Come?

Black Lives Matter has been called the largest civil movement in U.S. history. Since 2013, local BLM chapters have formed nationwide to demand accountability for the killings of dozens of African Americans by police and others. Since the summer of 2020, when tens of millions in the U.S. and around the world marched under the “Black Lives Matter” slogan to protest a Minneapolis police officer’s murder of George Floyd, the movement has risen to a new level of prominence, funding and scrutiny.

BLM has long been seen as a coordinated yet decentralized effort. Lately, the movement and its leading organizations have become more traditional and hierarchical in structure. Public opinion is also changing, as BLM chapters call on the movement’s leaders to be more accountable to its grassroots groups. We caught up with two scholars of worldwide African communities and cultures – Kwasi Konadu and Bright Gyamfi – to discuss BLM as both a movement and an organization.

What was the original structure of the Black Lives Matter movement?

Black Lives Matter started in 2013 as a messaging campaign. In response to the 2012 acquittal of George Zimmerman for shooting and killing Black teenager Trayvon Martin, three activists – Opal Tometi, Alicia Garza and Patrisse Cullors – protested the verdict on social media, along with many others. Cullors came up with the hashtag #BlackLivesMatter, which gained widespread use on social media and in street protests.

Over the next several years – as Black Lives Matter flags, hashtags and signs became common features of local, national and even international protests in support of Black lives – this messaging campaign became a decentralized social movement to demand accountability for police killings and other brutality against Black people.

The movement remained decentralized, although some significant, formal BLM-related organizations emerged during this time. For instance, in 2013 Cullors, Tometi and Garza formed the Black Lives Matter Network to facilitate communication, support and shared resources among the dozens of locally organized and led Black Lives Matter chapters that were springing up around the United States.

In 2014, the Movement for Black Lives, or M4BL, formed as a separate but related coalition of dozens of organizations of Black activist and others, including the Black Lives Matter Network.

What’s changed about BLM’s structure since then?

While the Black Lives Matter Global Network Foundation says it is decentralized, over time it has followed a pattern similar to other social movements driven by individuals and organizations. It has become more of a conventional hierarchical organization, centralizing its operations and leadership. Its founders have won awards, book deals and notoriety.

The BLM Global Network Foundation has not developed any publicly known independent source of funding, nor was a decision ever made to rely primarily on grassroots support or small individual donations. As a result, it is dependent on corporate and foundation money to pay for its operations and programs. Amid the George Floyd uprisings in 2020, the BLM Global Network Foundation generated some US$90 million in donations or grants from corporations and foundations.

The Movement for Black Lives, which calls itself decentralized and anti-capitalist, also raised millions in 2020, including $100 million from the Ford Foundation.

All told, corporations pledged close to $2 billion to BLM-related causes in 2020, though less is known about pledges for 2021.

Meanwhile, many frontline Black Lives Matters chapters have struggled to stay afloat. Some key chapters have begun calling for financial transparency and more democratic decison-making from national leaders at the BLM Global Network Foundation, as well as a share of the funds the national groups have raised.

Others have disavowed the Black Lives Matter Network and defected from it, focusing on local community fundraising and organizing to support their work.

How is public opinion about the BLM movement changing and why?

Though the phrase “Black Lives Matter” has become a common sight, the movement is losing public support. According to a new Civiqs survey of 244,622 registered voters, support for BLM fell from two-thirds of voters in June 2020 to 50% in June 2021.

Some of this shift may be due to growing public awareness of the movement’s internal struggles, such as competing visions and competition over scarce resources, as well as questions about whether some BLM leaders have used donations for personal benefit.

Is this evolution of Black Lives Matters typical of social movements? Can you give other examples?

Tensions and conflicts are part of the evolution of all social movements, including BLM.

Movements for peoples of African ancestry also face a distinct challenge: They often have to appeal for both funding and action from the same white power structure and corporate interests that participate in and benefit from the suffering of Black people.

For example, although President Lyndon B. Johnson is remembered for helping pass the 1964 Civil Rights Act, he routinely referred to the 1957 version of that act as the “nigger bill” in conversations with his Southern white supremacist colleagues.

Another example involves the McDonald’s Corp. In 1968, after the death of Martin Luther King Jr., McDonald’s partnered with U.S. civil rights organizations. The company claimed its African American-owned franchises were carrying on King’s civil rights agenda to empower the Black community.

According to historian Marcia Chatelain, however, instead of enabling economic freedom, McDonald’s has burdened the Black community with low wages, relatively few franchises and high rates of obesity, diabetes and heart disease. McDonald’s has benefited from a devoted African American consumer base, more so because African Americans consume more fast food than any other race, according to the Centers for Disease Control and Prevention.

Money shaping social movements, such as the civil rights movement, is not new. The civil rights movement, including the summer of 1963’s March on Washington, was funded by white liberal organizations and foundations. In the summer of 2020, BLM protests also generated millions in similar funding. Indeed, the Ford Foundation and the Borealis Philanthropy recently formed the Black-Led Movement Fund, which raises money for the Movement for Black Lives.

Malcolm X, in his analysis of the 1963 March on Washington, brought attention to the influence white philanthropy and leadership held over “black” social justice organizations, especially regarding funding that was controlled by the white power structure. Siding with Malcolm’s analysis, James Baldwin also observed, “the March had already been co-opted.”

Is it at all clear what structure BLM will or should have in the future?

Based on our research on civil rights-Black power organizations and on Black internationalism, BLM would benefit from a “starfish” organizational structure.

Starfishlike organizations are decentralized networks with no head. Intelligence is spread throughout an open system that easily adapts to circumstances. If a leader is removed, new ones emerge, and the network remains intact.

In the U.S., BLM organizers work through various groups, yet all are tied to centralized hubs, like the Movement for Black Lives coalition. These organizational choices conform to a spider analogy. Compared to the starfish structure, spiderlike organizations operate under the control of a central leader, and information and power are concentrated at the top.

In the wake of the 2020 mass protests against racism after George Floyd’s murder, many Republican-led states proposed a new wave of draconian anti-protest laws to stifle dissent. This suggests that BLM might be more resilient if it followed the starfish approach.

In their desire to appeal to a diverse public to end white supremacy, Black Lives Matter’s leaders fail to consider that pervasive anti-Black violence is “the very engine that powers” white supremacy and makes broad coalitions ineffective.