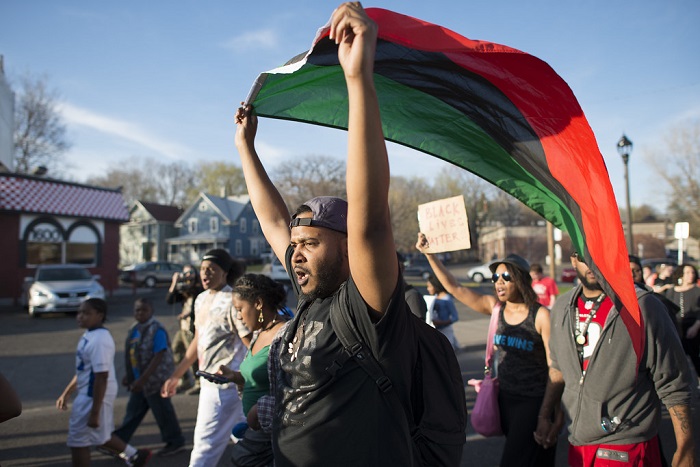 Considered to be the largest social justice movement since the civil rights era of the 1960s, Black Lives Matter is more than the scores of street protests organized by the social justice group that attracted hundreds of thousands of demonstrators across the world.

From its early days in 2014 after Officer Darren Wilson killed Michael Brown, Jr. to the protests following the murder of George Floyd in 2020, Black Lives Matter has opened the door for social change by expanding the way we think about the complicated issues that involve race.

As sociologists who study how protests lay the groundwork for social change, we understand their necessity as a tactic to draw attention toward a movement’s broader agenda.

In our study published in the Proceedings of the National Academy of Sciences, we found that the Black Lives Matter was able to shift attention away from its protests and toward its agenda of building an anti-racist society.

Our report further revealed that Black Lives Matter has changed how people learn about specific issues that involve race, such as police violence, mass incarceration and other systemic problems in Black communities that would be intolerable in other communities.

Social change, such as the anti-slavery movement in the 19th century, is not represented only by new legislation or Supreme Court decisions. It is also found in the public’s ideas and conversations: what you and I think and talk about.

When people engage with a movement, such as joining a protest, they are more likely to learn about the movement’s aspirations and plans to achieve their goals. In this way, protest opens the door for social change.

In our digital age, researchers can measure what people are thinking about by analyzing activity on public internet platforms like Google, Wikipedia and Twitter. Social researchers can quantitatively measure social media activity and see how it changes over time and in response to particular events, such as Black Lives Matter protests.

Our study examined how street demonstrations facilitated an important initial step in creating social change: changing the way people think. Based on our research, we found that people began thinking about racism from a broader and deeper perspective.

We conducted a large-scale quantitative analysis of news media, Google searches, Wikipedia page visits and Twitter from 2014 to 2020 to build a picture of the movement’s impact on how Americans and the world understand the conditions of Black life in the U.S. over the past century.

Though Google doesn’t share the actual number of people who search on its platform, the total number is estimated to be in the billions. For our data set of searched words and phrases, that number is likely to be as much as in the hundreds of millions.

We found that during Black Lives Matter protests, digital search users think and talk about racial ideas, such as systemic racism, Michelle Alexander’s book “The New Jim Crow” and white supremacy, up to 100 times more than they did in the weeks before the protests.

Over the years these spikes grew larger and included more diverse ideas.

In 2014 and 2015, for instance, we saw people using Google to search terms about police shootings and past victims of police homicide.

But in 2020 the search terms were much broader and included ideas like prison abolition and redlining – the discriminatory practice by banks, insurance companies and other financial institutions that resulted in segregated neighborhoods.

Importantly, the ideas that come into the public consciousness during protest don’t simply disappear. They stick around. We found that six months after the 2020 George Floyd protests, social media searches of terms such as systemic racism and white supremacy were considerably higher than before the protests.

After the murder of Floyd, journalists and researchers alike proclaimed that the United States was experiencing a “racial reckoning.”

To understand the full scope of the reckoning and the possibility for change, it is important to know how people make sense of these events.

Large-scale digital data from platforms like Google, Wikipedia and Twitter shows us which ideas are attracting attention and when this attention is sustained.

In a sense, protests help create a “new normal,” in which anti-racism is an increasingly common way to talk about inequalities in American society.

The pathway toward change is not always simple.

Activists such as those in Black Lives Matter want people to rethink social problems, and many contemporary problems are rooted in historical failures to produce a just society.

The participants in the demonstrations of 2020 have an advantage that previous generations of activists did not: They witnessed the shortcomings of past civil rights movements, as well as the limits of modern-day efforts to teach diversity and inclusion in the workplace.

Our study also investigates the rise in opposition that overlapped with BLM attention.

On Twitter, hashtags such as “#AllLivesMatter” and “#WhiteLivesMatter” increased during BLM protests and periods of reactionary right-wing protest, such as the Unite the Right rally in Charlottesville, Virginia.

We found that countermovement activity did not decrease attention to the BLM movement and was always dwarfed by BLM-related social media activity. During the peak of the George Floyd protests in May and June 2020, for instance, there were about 750,000 #BlackLivesMatter tweets per day, compared with about 20,000 #AllLivesMatter or #BlueLivesMatter.

The trend continued as time passed. In December 2020, #BlackLivesMatter tweets were posted about 10,000 times per day, compared with fewer than 1,000 for #AllLivesMatter or #BlueLivesMatter.

The data suggests that the Black Lives Matter movement is having a lasting impact – as are the group’s ideas.