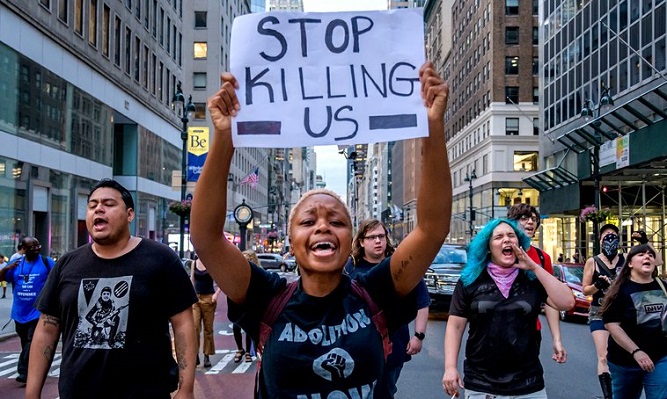 It is common to read news of someone getting fired for speaking or acting in ways that harmed members of another race.

Our current call-out culture often advocates publicly shaming and humiliating wrongdoers, destroying their reputations and making them lose their jobs. Further, this culture prioritizes the impact of people’s words or actions over their intent.

In higher education alone, there have been many cases of such call-outs. Greg Patton, a professor at University of Southern California, had to step away from teaching in the MBA program for using a Chinese word that sounded like a racial slur during a Zoom lecture.

At Smith College, staff members who were falsely called out for being racist suffered health issues and left the job. UCLA accounting lecturer Gordon Klein was suspended after he did not agree to relax his grading policies following the killing of George Floyd. Though ultimately reinstated, he said that “it remains to be seen how horribly damaged my reputation is.”

As an activist, scholar and practitioner who has studied peace and conflict for more than 20 years, I have witnessed and researched racial, ethnic, gender and religious conflicts around the world. This experience, combined with teaching and leading anti-racism efforts in higher education, has allowed me to develop and practice a conflict resolution technique that I believe is less divisive than call-out culture and more effective in resolving conflicts.

I call it the compassionate courage approach.

What is compassionate courage?

I define compassion as empathy in action. It is not enough to put yourself in someone else’s shoes to understand their pain; you must walk with them through their grief. I define courage as staying true to your values even when you experience discomfort or suffering.

The closest I have come to seeing compassionate courage in practice is in my research in Mindanao, a group of islands in the Philippines. The marginalized Muslim minority of these islands, the Moros, have led a separatist armed struggle against the government since the 1960s. The long conflict has led to divisions among the Moros, the Christian majority and the Indigenous Lumads.

One village, tired of war, decided to do something to keep their community peaceful. Members from all three groups heard and listened to stories and counterstories of their prejudices against one another.

They defined what respect and harmony between them would look like. They decided any act of violence or discrimination would be brought to the attention of a committee representing all three communities. Justice would be served and the community as a whole would take responsibility for actions coming from one of them.

Then they worked together with the military and other armed groups to establish sanctions for those who might break the peace. When war broke out again between the armed groups and the military, the communities supported one another instead of being pulled in different directions by the armed actors.

Many conflict resolution strategies, such as dialogue and truth-telling, emphasize listening to others and building empathy. They assume action will follow.

Sometimes action does follow, but by leaders who step in to correct the wrong when in fact they have responsibility for the systemic issues in their institutions. Further, those who caused the harm have no role in the resolution except to receive punishment. They are not considered part of the solution.

Compassionate courage changes both how a conflict is defined and the goals of its resolution.

Say, for example, a university faculty member highlights the lower performance of students whose first language is not English.

Calling out would involve labeling the faculty member racist and asking for them to be fired from their job.

Calling in – an approach that Smith College professor and feminist activist Loretta Ross describes as calling out, but with love – would involve the faculty and the concerned students engaging one another to transform the damaged relationship into one of respect. This approach appeals to the humanity of the person causing the harm and allows them to reverse the damage they caused to a community.

Compassionate courage, on the other hand, would bring the school community together to seek clarification on the statements made, the intent, the harm caused and the fear of future injury. Participants might learn, for example, that the faculty member’s frustration lies with the school’s grading policy that prevents them from being flexible.

Instead of ending the process there, compassionate courage would then bring the university’s students, faculty and leadership together to discuss the school’s grading system, and how they can make it more just and more reflective of the strengths of its diverse student body.

The compassionate courage approach not only addresses systemic inequalities, but it also ensures the change is equitable and more widespread beyond one faculty member’s class.

In the above example, I believe the university leaders, the faculty member who made the statement, and the group of students who were harmed by the statement all need to build compassion and courage. Sitting at the table and listening to the very people who may be responsible for your frustrations and challenges can be difficult. But this is what the practice of true compassion involves.

Exploring the possibility that a statement may not have been inherently racist but emerged from a systemic problem puts the responsibility on all sides to examine their values, beliefs, attitudes and behavior. This, I believe, is courage.

Accepting responsibility and taking action together can change the status quo and make the institution more equitable. This is what I call compassionate courage.

Pushpa Iyer, Associate Professor of Conflict Resolution and Director of the Center for Conflict Studies, Middlebury Institute of International Studies