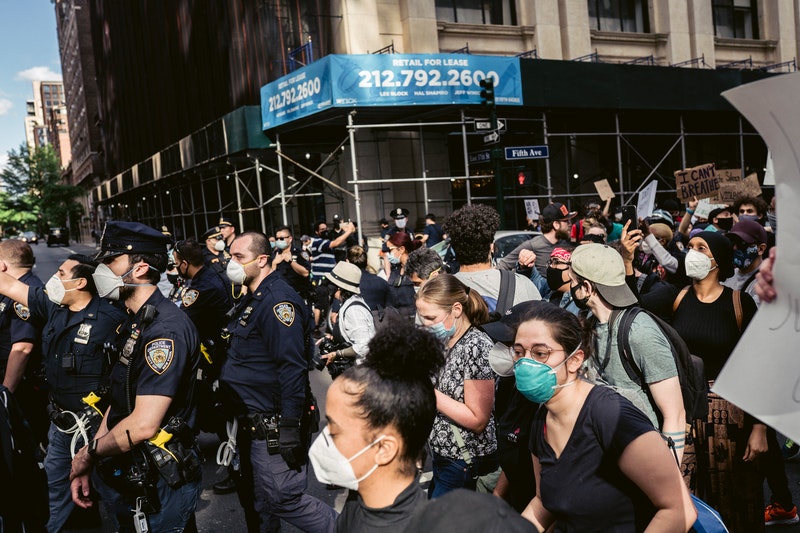 Police unions are one of the biggest obstacles to transforming policing

Protesters and community organizers are increasingly calling for defunding and disbanding the police as a way to end police violence.

Advocates argue that moderate reforms like enhanced training and greater community oversight have failed to curb police violence and misconduct.

But there’s a major, and usually insurmountable, obstacle to reform: police unions. Research suggests that these unions play a critical role in thwarting the transformation of police departments.

Union officials like John McNesby in Philadelphia, where I live and work as a scholar of law and the criminal justice system, do not deny this. Over the course of his 12-year career as president of the local chapter of the Fraternal Order of Police, he has derided the city’s civilian review board and predicted in 2010 that beefed-up misconduct procedures would wind up “… at the bottom of the litter box.”

He was right. The union has successfully petitioned the Pennsylvania State Labor Relations board to overturn tougher disciplinary measures.

Philadelphia’s police union is not alone in its power to maintain the status quo. In cities and states across the U.S., the benefits and protections afforded police have been provided by public officials who have catered – and caved – to union demands over many decades.

Across the United States, police are shielded from both public and departmental accountability by multiple layers of contractual and legislative protections. Nearly all of these measures reflect the political will and political might of police unions.

Measures that discourage accountability vary by jurisdiction, but typically include some combination of collective bargaining agreements, civil service protections, a Law Enforcement Officers’ Bill of Rights and discrete legislative statutes.

Taken together, they afford police greater procedural safeguards than citizens suspected of a crime have and offer more employment assurances than are available to other public servants.

They also make efforts to deter brutality and corruption all but impossible.

Commissioners seeking to tighten disciplinary protocols in departments plagued by police violence and misconduct have terminated officers only to see them reinstated in arbitration.

So-called “purge clauses” require departments to remove all records of disciplinary actions against officers after periods of time typically ranging from two to five years. This can stymie the ability of external investigators to discover and analyze patterns of misconduct in a department. Following the police shooting of 12-year-old Tamir Rice in Cleveland, investigators from the Department of Justice had to obtain a consent decree to gain access to disciplinary records that were buried behind purge clauses.

Legislative protections and union contracts erode the ability of civilian review boards to operate as an external check on police power. In Maryland, civilians are not allowed to participate in an investigation of a law enforcement officer. And in Newark, New Jersey, the police union sued and won when the city attempted to give its civilian review board disciplinary powers.

In general, the terms of employment for police officers are dictated by state-level civil service protections that extend to all public employees. State labor laws facilitate the collective bargaining process and provide opportunities for public employees to challenge managerial decisions.

Collective bargaining agreements – union contracts – further refine the terms and conditions of employment for law enforcement officers in thousands of jurisdictions across the country.

These agreements do more than just establish basic parameters governing salaries, raises and overtime pay. They also dictate how investigations into officer misconduct will be carried out, the types of disciplinary measures available to departments and avenues of redress for officers seeking to overturn or evade sanction. In all but eight states, contract negotiations with police unions take place behind closed doors, outside the purview of journalists and the public.

Many agreements declare that officers will not be immediately interrogated following an incident in which the officer’s use of force, including deadly force, is being investigated. They limit the length of interrogations, the time of day they occur and the number of interrogators. They allow officers to have a union representative or attorney present. And, unlike civilians suspected of a crime, officers are entitled to review all the evidence against them prior to submitting to questioning.

Other contracts require that civilians pursuing a complaint provide sworn statements, videotaped testimony or agree to cross-examination by an officer’s representatives. In Austin, Texas, officers under investigation can be present during a complainant’s testimony before an otherwise private hearing of the city’s civilian review board. Research suggests that these requirements can have a chilling effect on the willingness of civilians to file a complaint, or, once filed, see it through the adjudication process.

Even when investigations bear fruit, their impact is blunted. Stephen Rushin, a law professor at Loyola University, recently conducted one of the largest studies to date of police union contracts. Over 70% of collective bargaining agreements allow officers sanctioned for misconduct to appeal to an arbiter. The arbiter’s decision is binding and overrides the decisions and recommendations of supervisors, police officials and civilian review boards.

In jurisdictions like Philadelphia where the Fraternal Order of Police has a hand in selecting the arbiter, the officer appealing sanction prevails at least two-thirds of the time and receives no, or little, punishment.

Sixteen states have passed some version of a legislative package known as the Law Enforcement Officers’ Bill of Rights. This legislation incorporates the provisions found in many collective bargaining agreements and extends blanket protections to police officers throughout the state. For example, departments are prevented from publicly identifying officers under investigation and, if an officer is cleared, the department cannot acknowledge that an investigation ever took place.

States that have not passed the Law Enforcement Officers’ Bill of Rights have nonetheless enacted legislation that extends similar kinds of protections. This includes laws that prevent the public from accessing disciplinary records, personnel files and body camera footage.

These laws make it difficult for researchers and journalists to document and analyze misconduct. And they create substantial barriers for communities seeking to address police violence and racial discrimination.

Politicians on both sides of the aisle have been, for most of the last three decades, enthusiastic proponents of legislation that hides collective bargaining agreements from public view and denies citizens access to relevant employment information about the officers who patrol their neighborhoods.

One reason they respond so well to police demands: campaign donations by police unions.

Former D.C. police chief and former Philadelphia police commissioner Charles Ramsey recently told CNN that police and their unions have “become far too powerful. They form political action committees. They donate to district attorneys’ race or state attorneys’ race, state senators and representatives and so forth.”

“And then we wonder why you can’t get anything done.”