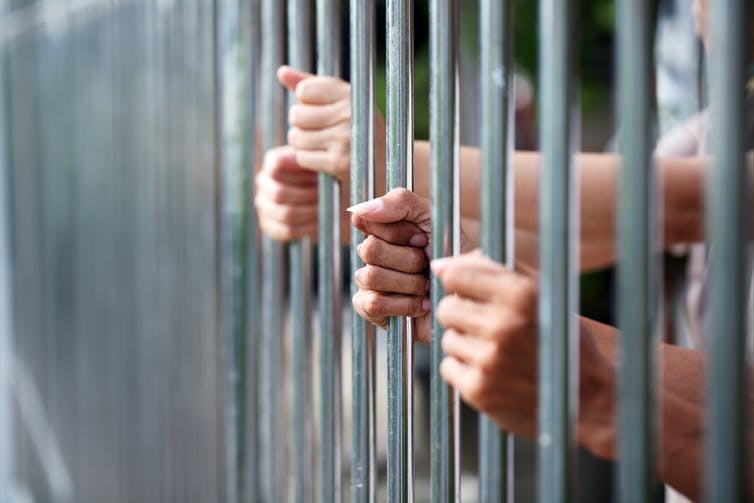 Stripping voting rights from felons is about politics, not punishment

In 2018 Florida voters approved a constitutional amendment ending the disenfranchisement of ex-convicts. Though it excluded people convicted of murder or sexual offenses, Amendment 4 restored voting rights to felons “after they complete all the terms of their sentence including parole or probation.”

Scholars estimate that across the United States voter turnout among felons would average around 35%. If correct, this figure could have swayed several 2016 elections with small victory margins, including Florida, where President Donald Trump beat Hillary Clinton in 2016 by 1.2 percentage points.

Florida Republicans seized on Amendment 4’s provision stating that felons have to “complete all the terms of their sentence.” In May 2019, Gov. Ron DeSantis signed a bill requiring felons to pay all “court fees, fines and restitution” and to complete any community service before regaining voting rights. One expert estimated that 87% of Florida felons would not meet these conditions.

Republican resistance to felon voting rights does not end with Florida. Republicans in Virginia and Georgia have opposed Democratic reform efforts. And in Iowa they have called for more stringent limits on voting rights.

My research on mass incarceration and the U.S. penal system suggests that felony disenfranchisement is inextricably linked – as it has been for 150 years – to the political power struggle over African American civil rights.

Given that African Americans, a crucial Democratic constituency, are disproportionately represented in the U.S. prison population, the outcome of the Florida litigation, and reform efforts in other states, have important implications for the 2020 presidential election.

A brief history of disenfranchisement

Disenfranchisement of the criminally convicted goes back to Ancient Greece and Rome. In both places, citizens who committed crimes were stripped of voting privileges.

The Roman Republic, from the middle of the second century A.D. onward, used “infamia” to penalize criminals by taking away additional public rights like testifying before tribunals. It served as an alternative to the death penalty.

In medieval Europe, and in the English common law, such penalties were called “civil death.” But, unlike Rome’s decision to make “infamia” an alternative to the death penalty, civil death in Europe did not necessarily save the lives of offenders. Labeled “outlaws,” they could be killed by anyone with impunity.

British settlers brought the idea of civil death with them to the New World, and the first laws stripping criminals of voting rights appeared in the 1600s. Plymouth Colony, for example, imposed “moral qualifications” for voting and, in 1657, prohibited lawbreakers from participating in colonial elections.

Intense debate over the meaning of voting marked the revolutionary period. But from 1776 to 1821, 11 states adopted constitutions allowing or requiring felony voting disenfranchisement, with Virginia being the first to do so.

Felony disenfranchisement continued to spread before the Civil War, as 18 states included it in their constitutions. The most common justification stated that people who violate society’s rules should not be able to participate in formulating them.

In the war’s aftermath, the ratification of the 15th Amendment extended voting rights to people regardless of their “race, color, or previous condition of servitude.”

Fearing the growth of African American political power, Southern states did two things. They enacted laws aimed at regulating the lives of freed slaves and black citizens, criminalizing things from vagrancy to assaulting a white woman. They also passed measures revoking voting rights for persons convicted of committing such crimes.

The felony voting restrictions we see today trace their origins to these post-Civil War laws.

In 1871 a Virginia court decision noted that the “Bill of Rights is a declaration of general principles for the government of a society of freemen, and not of convicted felons,” who should be treated as “slaves of the state.”

That phrase, “slaves of the state,” codified a connection between the disenfranchisement of felons and the history of slavery in the U.S. The idea of prisoners as slaves spread to other states. And it was reflected in prison practices like convict leasing and the use of chain gangs.

During the 20th century, felony disenfranchisement became an unquestionable component of America’s legal landscape. All but two states – Maine and Vermont – employed it. Some states seemed to temper the harshness of disenfranchisement by allowing ex-convicts to petition for a restoration of their voting rights. But few former felons have been able to do so.

Periodically, people released from prison sued to secure their voting rights. They claimed that disenfranchisement disproportionately damages racial minorities and limits their political influence. As a report from the Sentencing Project notes, “One in 13 African Americans of voting age is disenfranchised, a rate more than four times greater than that of non-African Americans.”

In a series of rulings, the Supreme Court has generally refused to hear those legal challenges. The high court also has said that because disenfranchisement laws have a reasonable basis and a long history in the U.S., they do not violate the 14th Amendment’s guarantee of equal protection.

In 2019 six states joined Florida in reforming, or ending, felony disenfranchisement. They were motivated by concerns about racial justice and doubts about mass incarceration.

In May, 2019, Nevada enacted a law that automatically restored voting rights for parolees. Louisiana restored them to 36,000 felons who have been out of prison for five years or more.

Legislatures in Connecticut, New Jersey and Nebraska considered, but did not pass, similar legislation. And in April, New York Gov. Andrew Cuomo said that he will soon issue an executive order restoring voting rights to felons on parole.

Nationally, these measures tend to be more popular among Democrats than Republicans. There may be multiple reasons for that difference, including the parties’ varied approaches to crime and punishment.

But there are political reasons, too. Alabama Republican Party Chairman Marty Connors captured this premise when he explained: “We’re opposed to restoring voting rights because felons don’t tend to vote Republican.” Research on voting patterns by ex-felons suggests that Connors’ view is not off the mark.

That view underscores the stakes in Florida’s Amendment 4 debate. As the research suggests, the measure could alter America’s political landscape.

Given President Trump’s narrow victory in the Sunshine State in the last presidential election, if the courts strike down efforts to restrict Amendment 4 and allow 1.4 million Floridians to cast ballots in 2020, Florida may help elect a Democratic president.