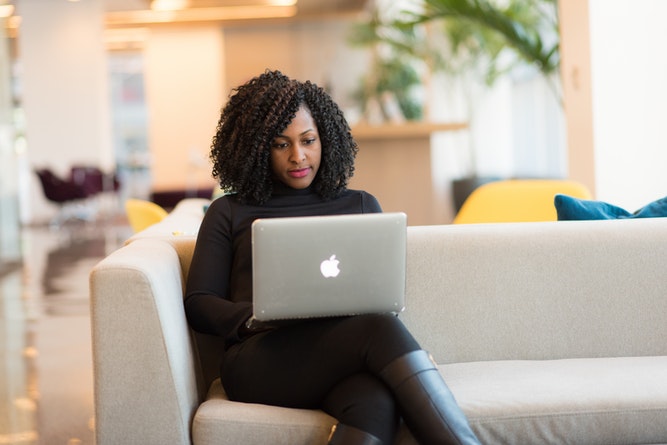 The future of work will hit vulnerable people the hardest

A great deal of attention is being paid to the future of work and its impact on Canadians. Often missing from the discussion is the extent to which different workers will be included or excluded from the changing labour market.

The future of work is characterized by a number of rapid and large-scale changes that will affect all industries. Labour market experts point to the growing integration of digital technologies in the workplace, including the application of artificial intelligence and machine learning, automation of job tasks and the robotization of employment.

These technological drivers of change may be coupled with ecological and demographic stresses — like the climate crisis and the aging workforce — that are expected to substantially change the type and availability of jobs, working conditions and the ways work is performed.

But as we look into the Canadian labour market landscape, certain groups of workers face more challenges than the rest of the population. People living with disabilities, youth, LGBTQ2 people, Indigenous people, certain racialized minorities, immigrants and those with low socioeconomic status often face complex barriers to entering the workforce.

When employed, they are more likely than population averages to earn lower incomes, experience hazardous working conditions, work precariously, have limited access to employment legislation or statutory benefits and have fewer opportunities for career advancement.

Not all workers experience the benefits of technological growth.

For example, the integration of personal computers in the 1980s contributed to economic expansion and increased demand for workers with technological job skills. But it also spurred a displacement of workers in low-skilled manual and clerical jobs.

As the pace of change in the labour market quickens in the years ahead, the sustainable employment of vulnerable groups could be in greater jeopardy and inequity could widen.

Research seeking to understand the future of work is in its early stages and mainly focuses on technological trends like automation. A 2016 analysis of occupational data estimates that 42 per cent of Canadians work in jobs with a high risk of being affected by automation. The same analysis found that entry-level and low-skilled jobs — those ⁠more commonly held by vulnerable workers — are three times more likely to be affected by automation than professional and management jobs.

A more recent study conducted by the U.S.-based consulting firm McKinsey & Company highlighted a potential racialized disparity that could worsen with increasing automation. The study found that African Americans and Hispanic and Latino workers are over-represented in occupations that are expected to be displaced by automation.

The study also showed the intersection between race, age and education: Young African American men with less education are at the highest risk of displacement by automation.

This is just one of a potentially growing number of examples of the impact the future of work may have on vulnerable workers.

To prepare for this expected impact, work has begun on understanding the jobs skills required in the future labour market.

A report by the World Economic Forum indicates that by 2022 the job skills most required by employers will include not only proficiency with new technologies, but also creativity, emotional intelligence and critical thinking skills. The report also found that over half of all existing workers will require significant reskilling and upskilling to meet the demands of the changing labour market.

However, obtaining these needed job skills may also pose a challenge for certain workers. Data indicates that some groups of workers who are considered vulnerable are more likely to enter the workforce with lower levels of education — another position of disadvantage.

They may also be working in jobs where training and job skills development are scarce. It’s unclear how differences in access to educational opportunities could perpetuate the challenges faced by vulnerable workers in the future of work.

To further our understanding of the future of work, scientists at the Institute for Work & Health, a Toronto-based not-for-profit, are leading research to examine how the changing nature of work may be experienced differently across the labour market. In particular, research is currently being conducted to anticipate how the different trends will affect vulnerable workers, including young adults and people living with disabilities.

The ultimate goal of the research is to build on our current understanding of the future of work and uncover potential challenges that could emerge for different groups. Importantly, the research will inform tailored policies and programs to minimize the shocks and stresses.

Increasing numbers of policy- and industry-level initiatives are being undertaken to understand the implications of the future of work and design innovative responses to navigate the changing nature of work. An example is the pan-Canadian Future Skills Centre.

As these initiatives evolve and programs are designed, it will be important to determine how Canadians who have been considered vulnerable members of the workforce are meaningfully included.