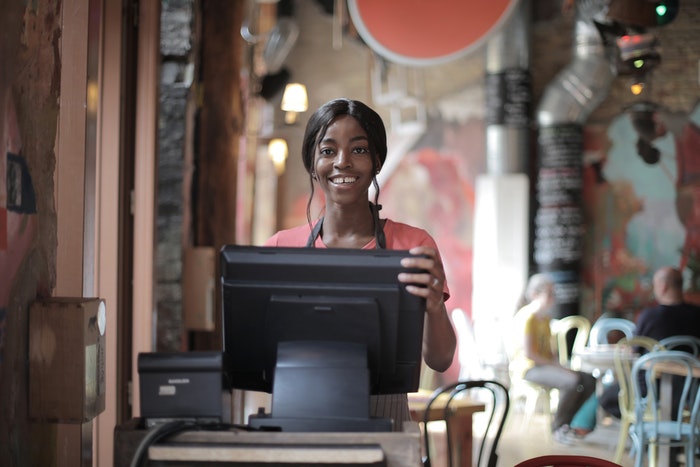 Nearly half of women working in restaurant positions where they receive tips said they have experienced increased harassment from customers or supervisors during the two years of the pandemic, according to a new survey first shared with The 19th.

Seventy-three percent of all women and 78 percent of women of color in these jobs said they regularly endure or witness “sexual behaviors from customers that make them uncomfortable,” the report said.

The survey was released by the advocacy nonprofit One Fair Wage in partnership with the University of California, Berkeley’s Food Labor Research Center.

“I was shocked. I could imagine that things either would be getting better or that things are pretty much the same. But people are saying that it just keeps getting so much worse, particularly for women of color,” said Saru Jayaraman, president of One Fair Wage and director of the UC Berkeley Food Labor Research Center.

The researchers surveyed 369 current tipped restaurant workers who had previously applied to One Fair Wage’s relief fund, including servers, bussers and bartenders over a three-week period in March 2022. The survey results discuss men and women and do not specifically mention non-binary or gender non-conforming people. Prior to the pandemic, other data indicated that women and transgender workers face the brunt of harassment in restaurants. A One Fair Wage report released in November 2020 said restrictions related to COVID-19 were a key source of hostility toward service workers. Workers at the time told the organization that they were often asked by customers to take off their masks and show their faces. Multiple workers said customers also referred to masks while making comments about oral sex.

At the core of this dynamic are the racial and gender inequities built into the country’s tipping practices, One Fair Wage argues.

“It’s a direct legacy of slavery,” Jayaraman said. “In Europe, it started as an extra bonus on top of a wage. The American restaurant industry mutated the notion of tipping from being an extra bonus to becoming a replacement for wages as a way to basically continue slavery and not pay Black people for their labor.”

The legacy of this system is reflected in how workers of color more broadly are treated in tipped positions, in which they continue to be overrepresented. Research shows that people of color tend to receive less money in tips from customers and are more susceptible to harassment.

Many tipped workers today struggle to make enough money to live on, and the amount they receive has decreased during the pandemic, according to multiple reports by One Fair Wage. The latest survey found that 50 percent of women working in restaurants and 58 percent of women of color said they do not earn enough in tips to reach the full minimum wage. Legally, when workers’ base pay of $2.13 per hour combined with tips does not reach the federal minimum wage of $7.25 per hour, employers are required to pay them the difference. However, establishments violate these policies by failing to pay workers that difference, Jayaraman said. The power disparity between customers and workers who need tips for their basic needs can embolden patrons’ hostile behavior.

The accumulation of these conditions is taking a toll on workers. Quit rates among workers in “accommodation and food services” have remained among the highest across industries, according to the Bureau of Labor Statistics. The quit rate among this sector as of February 2022 was 6 percent, compared to 5.2 percent in February of last year and 4.1 percent in February 2020.

Fifty-seven percent of women respondents to One Fair Wage’s March survey said they have considered leaving due to instances of sexual harassment they witnessed or were subjected to, on top of the low wages they receive. Sixty-three percent of women of color said the same.

Women who stay in the industry are pushing for more pay and better treatment at their workplaces. At the legislative level, a federal bill introduced last year that stalled in committee would have raised the minimum wage for regular employees over a five-year period and eliminated subminimum wage practices for new hires, tipped employees, as well as those with disabilities. The Economic Policy Institute’s minimum wage tracker indicates that eight states currently offer a tipped wage that meets the state minimum wage. Workers in states that offer tips in addition to a full $15 wage tend to experience less harassment, Jayaraman said.

“When you’re paid a full wage, you don’t feel like you have to put up with as much from customers to get those tips,” she said. “You can count on the wage from your employer.”