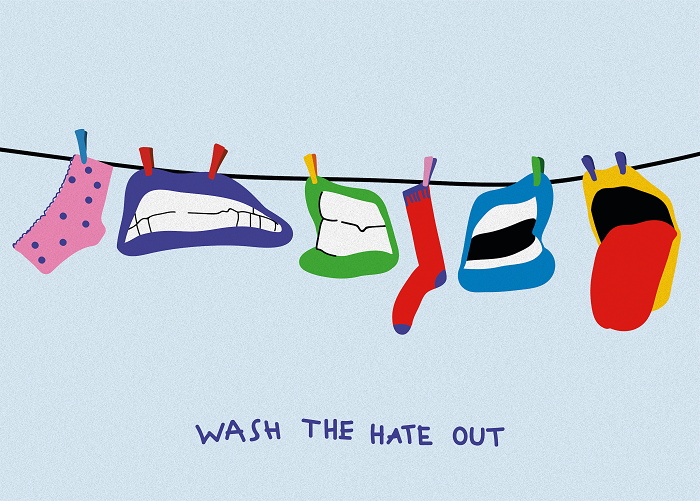 A May 2022 University of Maryland Critical Issues Poll further found that a majority of white Americans do not believe that there has been a rise in discrimination against minority groups.

In stark contrast, the poll found a large majority of Black Americans believe they have been on the receiving end of discrimination.

That many white Americans, the dominant racial group in U.S. society, see more discrimination against other white people than those who have historically endured this treatment is troubling.

In our view as scholars of public opinion and identity politics, these grievances have been at the heart of conservative GOP politics and at their extreme have played a role in mass shootings such as the one in Buffalo in which 10 Black people were killed, allegedly by an 18-year-old white supremacist, or the violent assault that occurred on Jan. 6, 2021, at the U.S. Capitol.

The poll was conducted between May 6 and May 16, 2022, by polling firm Nielsen Scarborough from a nationally representative sample of 2,091 respondents, with a margin of error of plus or minus 2.14.

The results are striking.

There is a clear empathy gap across racial and ethnic groups.

While white Americans say they have seen an increase in discrimination against other whites, they say at the same time that other groups, including Black and Latino Americans, have been less discriminated against.

In the case of Latino Americans, they believe that Asians have been discriminated against even more than their own group.

The empathy gap is even larger when viewed through political partisanship, especially among white and Latino Americans.

We examined responses among white, Black and Latino people to the following question: “Compared to five years ago, and based on your own experience, including interactions with others, how much racial/ethnic/religious discrimination, if any, would you say exists against each of the following groups?”

We found that 3 in 10 white respondents – 30.1% – say that white Americans experienced “a lot more” discrimination in the past five years.

In comparison, 28.9% of white respondents said Asian Americans experience “a lot more” discrimination, 21.7% said the same of Jewish Americans, 20.4% about Black Americans, 19.7% about Muslim Americans and 14.7% about Latino Americans.

But over half of Black Americans – 53.2% – say that their group has encountered “a lot more” discrimination in the past five years, compared with 38.9% of Black respondents who said the same about Asian Americans, 33.3% about Latino Americans, 29.3% about Muslim Americans, 23.7% about Jewish Americans and 13% about white Americans.

Notably, and unlike white and Black people, Latino Americans say that both Black and Asian people have endured “a lot more” discrimination in the past five years than their own group.

Perceptions of contributions to American society

The findings show that a majority of white, Black and Latino people believe that all these groups strengthen American society, with one exception.

Slightly more than 20% of white people say that Muslim Americans weaken traditional American values and customs, the highest expression of this negative sentiment for any group.

A lower percentage of white people view Black Americans – 12.4% – and Latino Americans – 9.8% – as weakening American values and customs in comparison with these attitudes about Muslim Americans.

Both Black Americans – 67% – and Latino Americans – 74.1% – view their groups as having the greatest effect in strengthening American society.

Notably, 54.6% of Black Americans view Latinos as strengthening American society, and 61.1% of Latino Americans say the same about Blacks.

Americans are deeply divided along partisan lines, and this division can be seen on most issues.

But does this divide also affect racial and ethnic groups’ attitudes?

To be sure, there are significant overlaps.

Most Black and Latino Americans are Democrats, and far more white Americans identify as Republicans than as Democrats.

But while Black Americans overwhelmingly identify as Democrats, about a quarter of Latinos identify as Republicans, and the Republican Party mostly comprises white voters.

We examined the extent to which partisanship helps explain racial and ethnic identity on attitudes about other groups.

The findings were revealing. White Democrats are closer in their views on race to Black and Latino Democrats than they are to white Republicans.

White Democrats are more likely to perceive greater discrimination against other groups than they did five years ago.

About two-thirds of Black Republicans – 65% – and a third of Latino Republican respondents – 33% – perceive “a lot more” discrimination against white Americans than five years ago. However, we are careful not to draw strong conclusions from our Black Republican sample, as it is relatively small in our survey.

Partisanship also plays an important role in accounting for differences in the perceived value of minority groups in society among white, Latino and Black Americans.

The Black Republicans who did respond expressed strong sentiments about the idea that minority groups strengthen American society – a view that goes against trends among white Republicans.

This finding requires further investigation with a larger sample of Black Republicans.

It is worth acknowledging that party affiliation has become partly a reflection of one’s identity and comfort with certain positions, especially about one’s place in American society.

In other words, partisanship has become an identity in and of itself.

Our findings may point to the difficulty in having conversations about race relations that start from a common perspective, and engaging in meaningful action that will strengthen American democracy.

A notable result from our poll is the empathy exhibited by groups who have historically experienced high degrees of discrimination.

Black and Latino Americans have similar perceptions about discrimination.

More importantly, they support the idea that a democratic America embraces all its constituents and view all minority groups as being a strength rather than a weakness – a view not as strongly shared by white Americans.