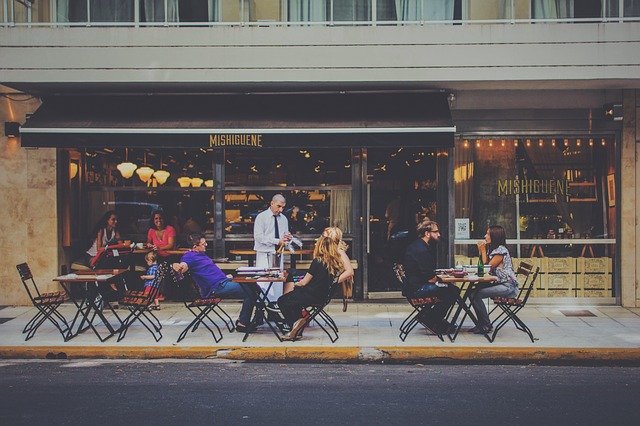 When Black diners get poorer service from wait staff and bartenders than white customers, it’s more likely because of racial bias than the well-documented fact that they tip less, according to a new survey I recently published.

To reach that conclusion, my colleague Gerald Nowak and I recruited over 700 mostly white full-service restaurant servers and bartenders to review a hypothetical dining scenario that randomly involved either white or Black customers. We then asked them to predict the tip that the table would leave, the likelihood that the table would exhibit undesirable dining behaviors and the quality of service they would likely provide the table.

We also asked participants to fill out a survey to learn how frequently they observed anti-Black expressions of bias in their workplaces and to elicit if they harbored their own prejudices toward African Americans.

Servers who either held prejudices toward African Americans, worked in a restaurant where racist remarks were frequently heard or both were significantly more likely to predict that the table with Black customers would not only tip them less but also display uncivil, demanding and dishonest behaviors. As a result, these servers also reported that they would give worse service to the Black table relative to the white one.

We found no evidence of racially disparate treatment except when one of those two conditions was present: server prejudice or racist workplace words and behaviors.

The link between bias and actual discrimination is widely assumed – but rarely documented – to be responsible for the mistreatment that Black Americans continue to experience while engaging in a host of routine activities.

Besides providing new evidence of this connection, our results also have important practical implications. Because surveys show that Black customers are less familiar than white people with the 15%-20% tipping norm, they do tend to tip less. Servers are thus thought to be economically motivated to give preferential service to white customers who they believe are more likely to reward their efforts.

In response, some have suggested that voluntary tipping be abolished or steps be taken to eliminate the Black-white tipping difference by increasing Black customers’ familiarity with tipping norms.

However, we did not find evidence of stereotyping and service discrimination in the absence of anti-Black bias, which suggests the solution to this problem is in addressing racial prejudices in the restaurant industry.

A drawback of our study is that we asked servers how they would think and behave under hypothetical, controlled and experimentally manipulated conditions. We can’t know for sure how this process would unfold when servers wait on actual white and Black customers. Doing so would be very challenging. And because our participants weren’t randomly selected, our ability to know how well they reflect the attitudes and workplaces of all servers and bartenders nationwide is limited.

Nonetheless, prior research has documented a relationship between what people say they would do under hypothetical conditions and what they actually do when confronted with similar situations, which gives us some confidence in the real-world application of our results.